On my trip to Helsinki last week I had some spare time between meetings, and had a look in Partioaitta for a Buff. We have only a limited selection of Buffs here in Tampere, so it was nice to see some more options available. Among others they had a new Merino Buff, which was slightly more expensive than the synthetic one, but I was immediately sold on it. I like the colour - it goes well with my Smartwool Zip T - and the advantages of merino wool speak for themselves - non smelly, water repellant, good moisture management and UV protection. I have been wearing it since I got it, and its mighty comfortable. It weights 51 g which is a bit more than a synthetic one, and at 25€ its also about 10€ more than a synthetic Buff, but the above advantages + that 1% of my purchase goes to a NGO that works for the environment convinced me. My girlfriend, who used mine on her bicycle trips to work, also wants one now, as she really likes the versatility which is possible with it =) 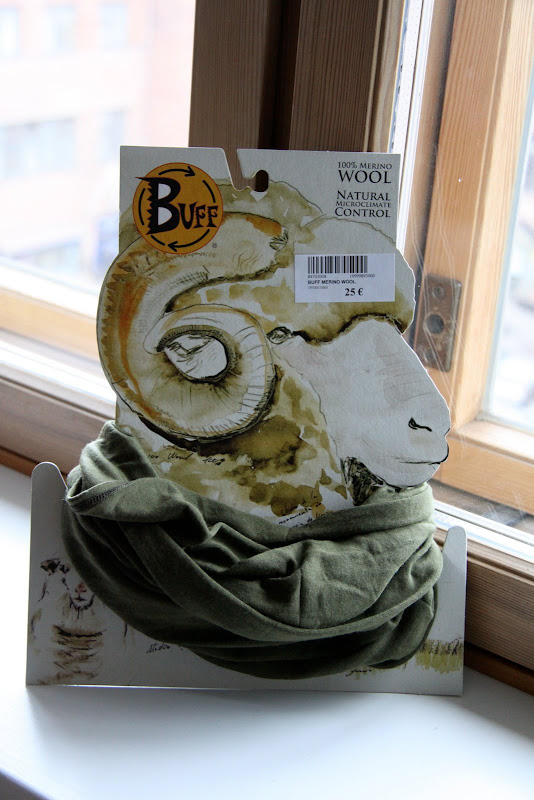