I got some interesting news to share, news which will be seen on the ispo in Munich in February. First off, MSR is going to release new snowshoes during the ispo, one of which is going to be the Lightning Axis. The Axis is build upon the Lightning family of snowshoes, but got the new Lightning Modular Floatation tails, which let you modify the snowshoes for varying snow conditions. Useful, me thinks, and if they fit on existing snowshoes I am sure many people might get those. The Axis get a new binding, the Speedlock Binding, which looks handier than the current binding on my Lightning Ascents, those three front straps are just too long and a wider strap should be able to do the same job. Finally, these new snowshoes feature the Axis Gait Technology which compensates for toe-out/ toe-in variances in gait and keeps the snowshoes parallel while in use. No idea about the use for that, I have a good gait (its rather odd as my significant other comments =) but I have no problem with walking and snowshoes going on top of each other. No info on release date, probably not out for this winter. 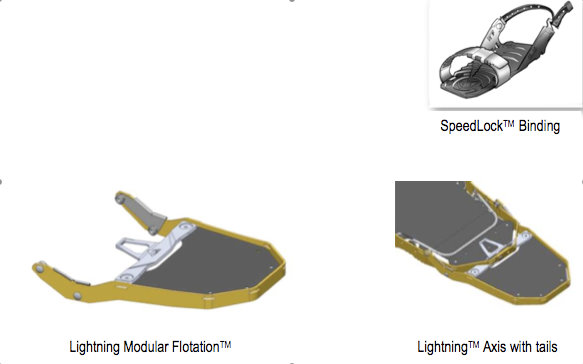 Next is Therm-A-Rest who is going to come out with an update to the Ridge Rest Deluxe, called Ridge Rest Solar. Its going to be 13% warmer than the normal version, thanks to an aluminized top, raising the R-Value to 3,5. While TAR claims this happens with no increase in weight, the mat is listed with 510 g for the Regular (51 x 183 cm) version, which is actually 30 g less than the regular Ridge Rest Deluxe listed on the TAR website. The mat is going to be 2 cm thick and comes in silver/ blue in July 2010. In my opinion we will be seeing a lot of aluminized gear coming out, I heard that some manufacturers as well as cottages are already experimenting with aluminized material so we are likely to see more of it at the ispo. Update 20.02.2010: The weight of the new Ridge Rest Solar is 540 g, and not 510 g as I previously said - information were not correct =)

Aluminized cuben is also already available, so I am sure come Trail Days in the US we could see some UL gear made with this material. 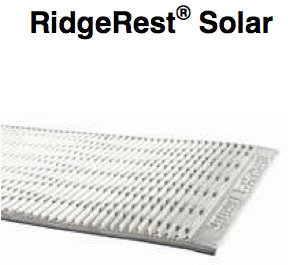