In case you didn't know - and you may be forgiven, as governments, train companies, and people in general seem to be surprised every year again - it is winter in the Northern Hemisphere. As I live in Finland, winter, snow, ice and -20°C temperatures are not so much a surprise to me, but business as usual - roughly from the beginning of December till the end of April, longer the further north you go or the more global warming (cooling ?!) advances. What does that mean? It means to travel at an efficient speed in the backcountry, skis or snowshoes are a must - except you're a masochist who enjoys potholing in hip-deep snow. I shall have a look at the former today. 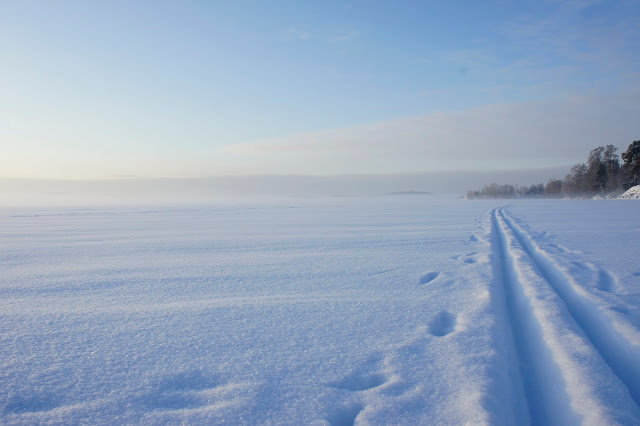 A loipe on the lake going off into the distance, on a fine sunny day.

Have a good look at that photo above. That is the freedom and beauty of winter backpacking. Crisp temperatures, the sun is out, likely not a lot of people around, the sound of birds in the forest, making your own trail where no one has gone before. Winter backpacking is epic. One just needs to kick the inner laziness and get out. Getting out is all that it's about. Gear helps. Like skis in winter.

I am sporting a pair of <a href="http://www.madshus.com/skis/glittertind-mgv-plus"target="_blank">Madshus Glittertind MGV+ Ski</a> in 195 cm lenght, including the <a href="http://www.rottefella.no/en/Products/BC/BC-Manual/"target="_blank">Rottefella Backcountry Manual binding</a> they are 1270 g per Ski or 2540 g for the pair. As far as I am concerned, that is fairly light and optimal for my needs. Speaking of needs, I will be skiing on prepared tracks and off-piste with these, through forests and in the fjells of Lapland. No Alpine stuff thus. Besides my (near) daily rounds on the lake and hill next door they will see seven solid weeks of action up north. So once the snow is gone - in May - I will report back on how they performed. 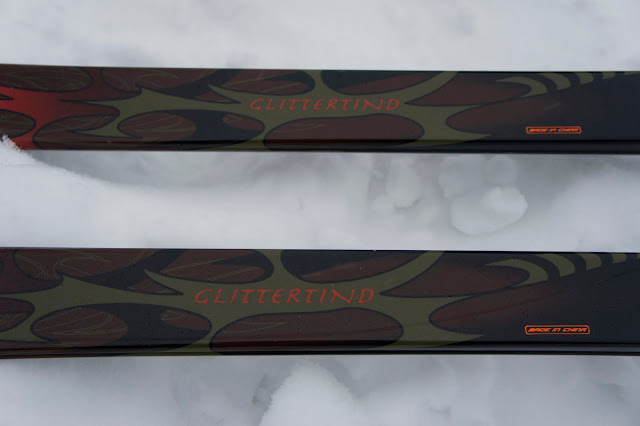 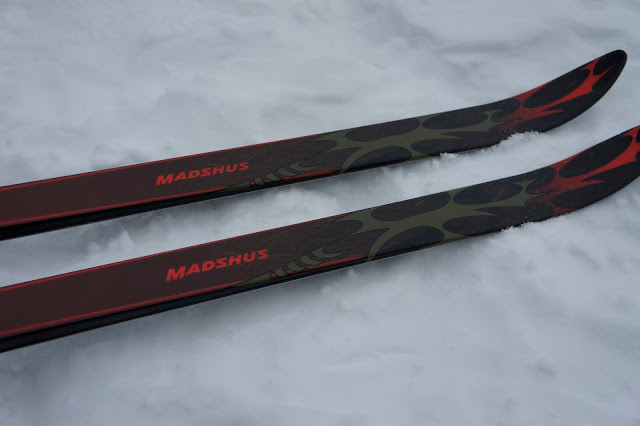 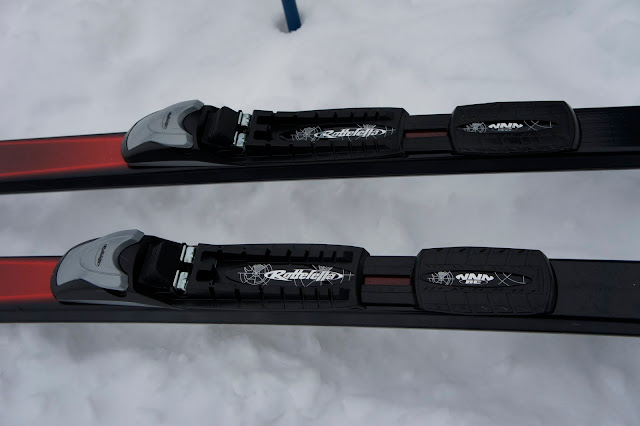 The Rottefella BC binding, chosen for its ease of use and being lightweight. 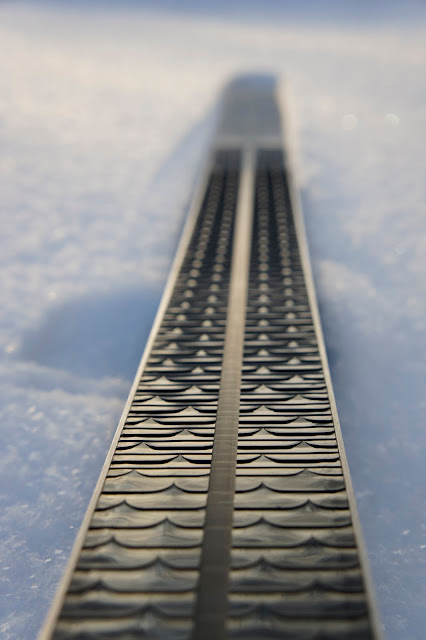 The MultiGrip Vario+ (MGV+) Wax-Free Base. I'm lazy, carrying and playing around with wax is none of my interests so I went for a wax-free base version.

To ski you needs boots. I decided to stay with Madshus and took a pair of <a href="http://www.madshus.com/boots/glittertind-bc"Target="_blank">Glittertind BC Boots</a>, as they're made for the backcountry and the skis I chose. They're 802 g a piece (Size 43), or 1604 g for the pair. While on the screen that looks heavy, in the snow on the skis they're not. Why? Because when I ski it is a kick-and-glide, kick-and-glide move where lifting feet is not an issue - you lift your feet so minimal that they weight is not much of a factor - even if making my own trail in virgin snow. They're also spectacularly warm with the Thinsulate inner. They have a lace cover which is breathable and keeps the snow at bay, very, very handy. In the front they have a little sort-of D-Ring, which works very well to hook my MLD Snow Gaiters in. For the skiing they're perfect, walking is a bit odd - but that could be down to me now being used to boots anymore. I like them. 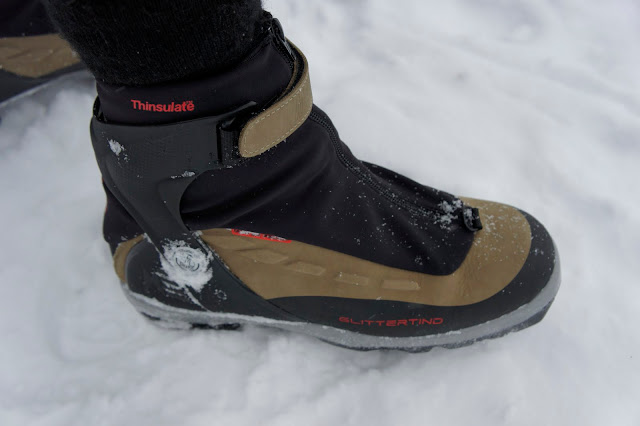 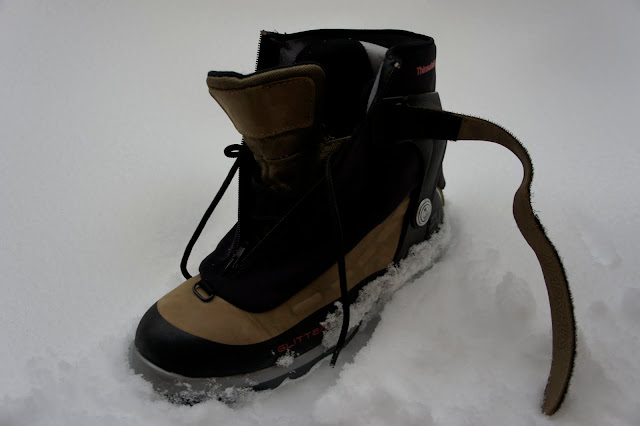 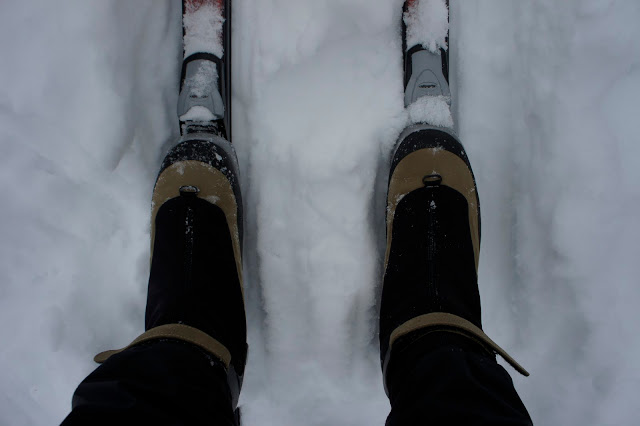 The Glittertind BC Boots worn and open with a look at the inside, and mounted.

Now we're almost ready. What's missing? Poles, right. I use an old, hand-me-down pair of skiing poles from exel, which come in at 201 g per pole or 402 g for the pair, which ain't shabby. They have a fixed length of 150 cm and are perfect for me. No photo of these, sorry. 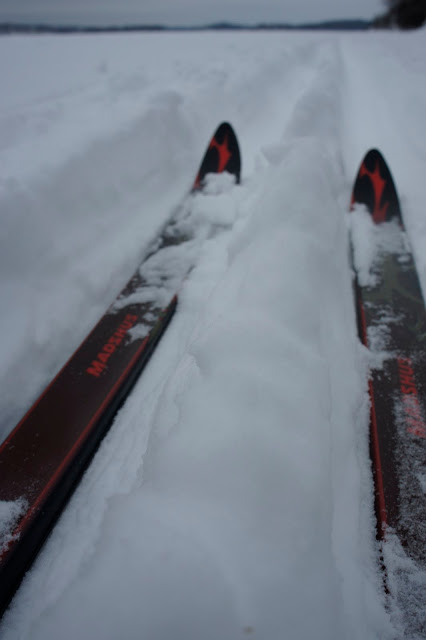 In the loipe I made the previous day. The Glittertind skis are slightly wider than normal cross country/ loipe skis, but I have no problems with skiing in it. I usually go for a kilometer or so on the loipe, and then make my own trail and head back (You can see my skiing trips on <a href="http://www.everytrail.com/profile.php?user_id=244271"target="_blank">my EveryTrail profile</a>). 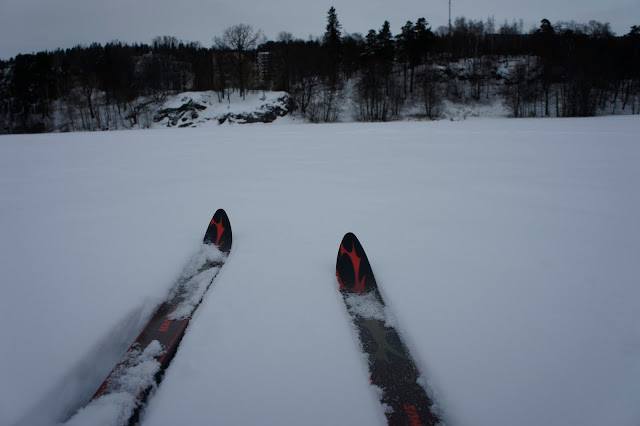 In comparison, my fiancée's cross-country skis, a good ten to fifteen years old, weigh in at 864 g per ski (1728 g/ pair) and her boots (they're actually more like sneakers, very low cut) are 457 g per boot (914 g/ pair). They're lighter, but solely for the loipe - making your own trail with these is a pain in the butt and you have wet feet asap. No multipurpose. 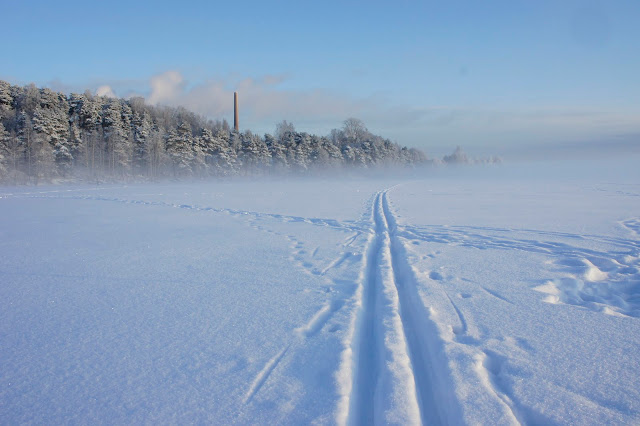 Respect the Loipe - don't walk on it. I will hit you with my skiing poles if you do.

So that is my skiing gear. In the two and half weeks I have used them now I am super happy with them, but the long term test coming will tell more. May, I reckon, a review will go up. Yeah. The skis came recommended by <a href="http://thunderinthenight.blogspot.com/"target="_blank">Mr. Newton</a>, so I expect they will be Tuff Stuff! 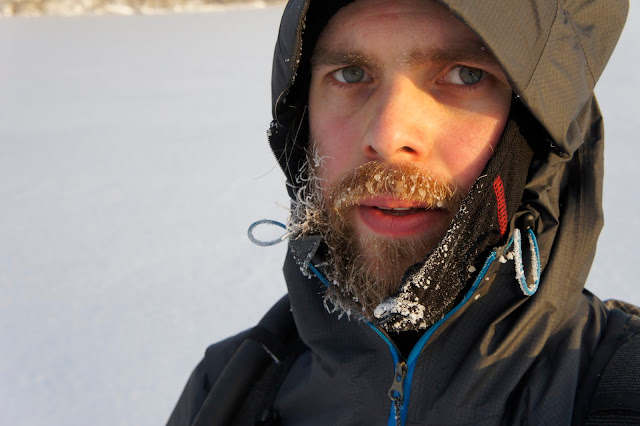