The Mont Blanc massive is a mountaineering paradise - once you arrive in Chamonix you will quickly realize that. But where to start? Which route should you definitely do? Philippe Batoux has written a modern version of the Rébuffat classic and helps you to find the finest routes to climb! 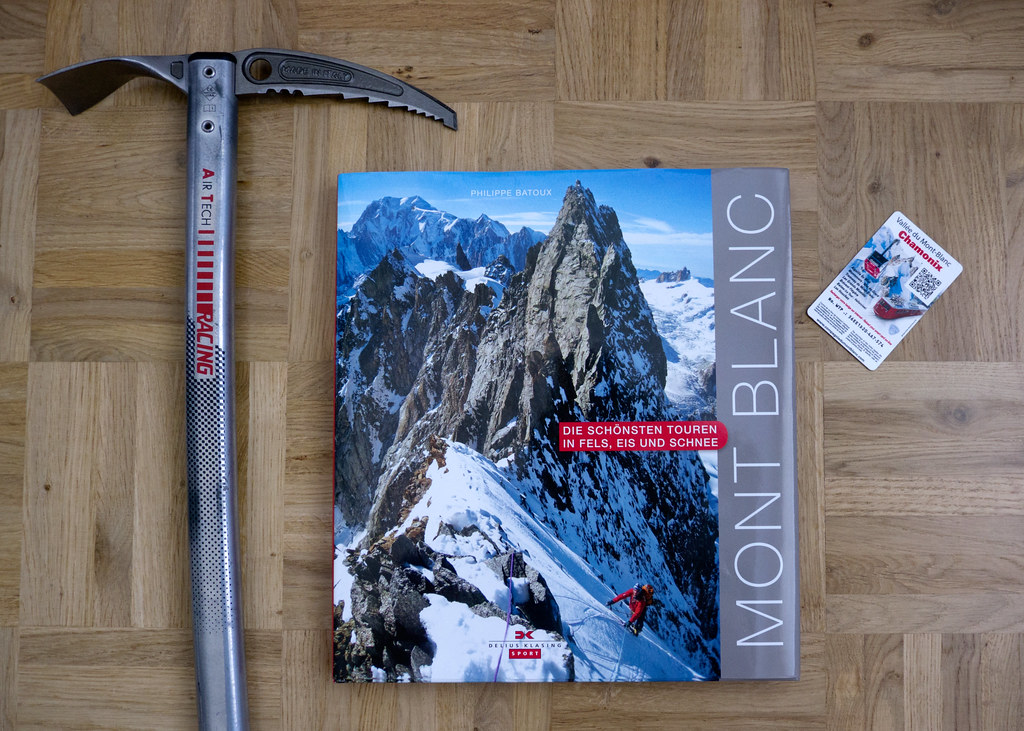 Going to the Mont Blanc massive and planning to climb can be overwhelming. There’s just so many options and on busy days at least as much people! Philippe Batoux is a mountain guide, instructor at the École nationale de ski et d’alpinisme and has done all of the 100 tours in his book - many of which are fairly new and were only opened in the last years. But besides these new routes there’s also several classics in this book which makes it a worthy successor to the Gaston Rébuffat book Les 100 plus belles.

After a brief introduction the book has a short legend, explaining important points like time & gear needed, difficulty ratings (with a useful comparison chart of UIAA, French, Australian, UK and US ratings) and maps before you dive into the 100 routes. These are varying in difficulty, from easy entry routes like the Pointes Lachenal traverse to the Voyage selon Gulliver on the Grand Capucin. The described routes vary between rock climbing, mixed, ice or all three. Each route is accompanied by a topo map and beautiful photos which capture your imagination and make you excited about the route. 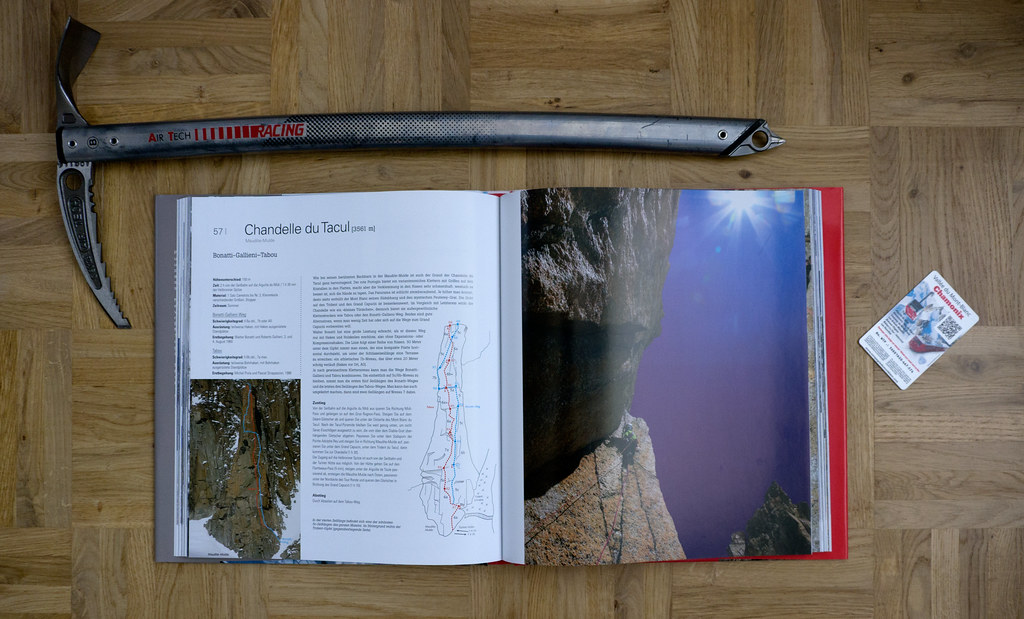 I got the book before I went to Chamonix last month and it was an inspiration. I looked up different routes, was talking with my friend which routes we should do and the superb photos made us eager to go to the Alps! And after the trip is before the trip and so I still skim through the book, read up on the routes and am pondering which ones to climb the next time I am in Chamonix =)

If you plan a trip to the Mont Blanc massive and don’t know where to start with narrowing down which tour to do, get this book. In my opinion it’s a required addition to an alpinist’s bookshelf and will lighten up the imagination for future routes to climb in the capital of alpine climbing. Get your copy at Amazon.com, Amazon.co.uk or Amazon.de.