An interview with Barry Blanchard, one of Canada’s most famous Alpinists, in which we chat about music, fear and his book “The Calling”. 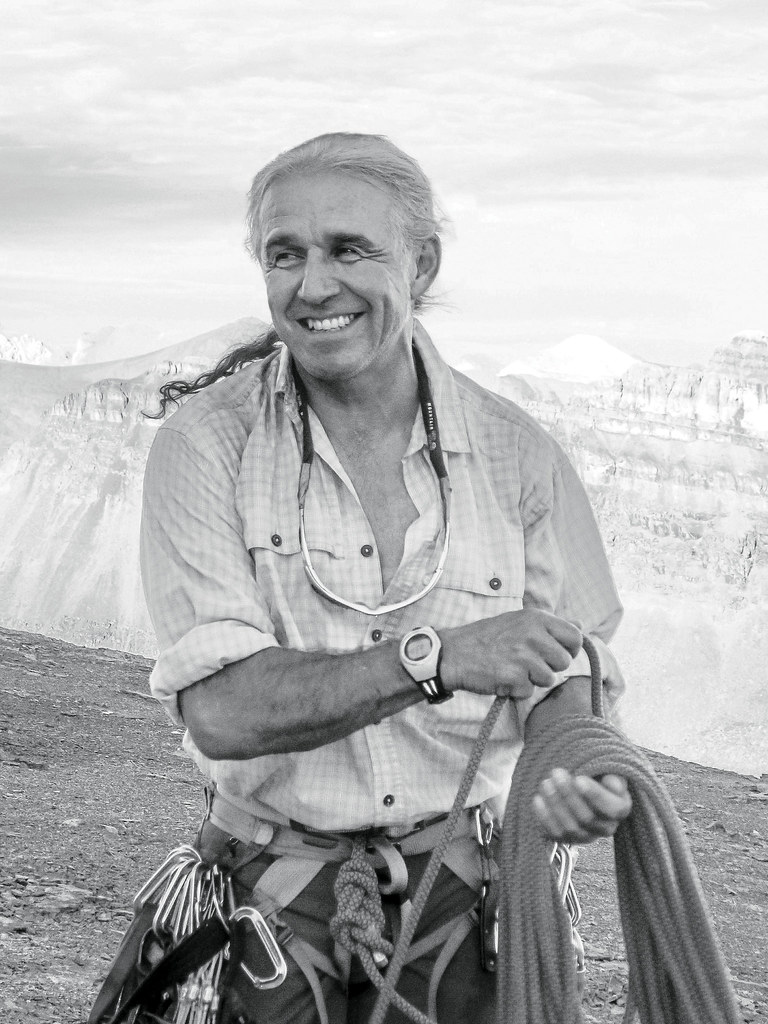 Hi Barry, thanks for taking the time to answer a few questions from an aspiring Alpinist in Finland. First things first: What song are you right now listening too?

Snake Farm by Ray Wylie Hubbard. I’ve listen his music since I was teenager and had the pleasure of meeting the man, and his wife, Judy, yesterday at a concert in the park. Very, very cool.

I listen to most music on my computer these days so I guess its MP3, although I still listen to CDs in my truck.

If you would make a mixtape for a road trip, which songs would definitely be on there?

On my road tripping mix there would definitely be: King of the Road by Roger Miller, Six Days on the Road by Dave Dudley and a cover by Steve Earle, Hurtin Albertan by Corb Lund and by Tim Hus, Running on Empty by Jackson Browne, Continental Trailways Blues by Steve Earle, Brand New Cadillac by the Clash, Cadillac Ranch by Bruce Springsteen, Born to Run by Bruce Springsteen … and the list goes on. 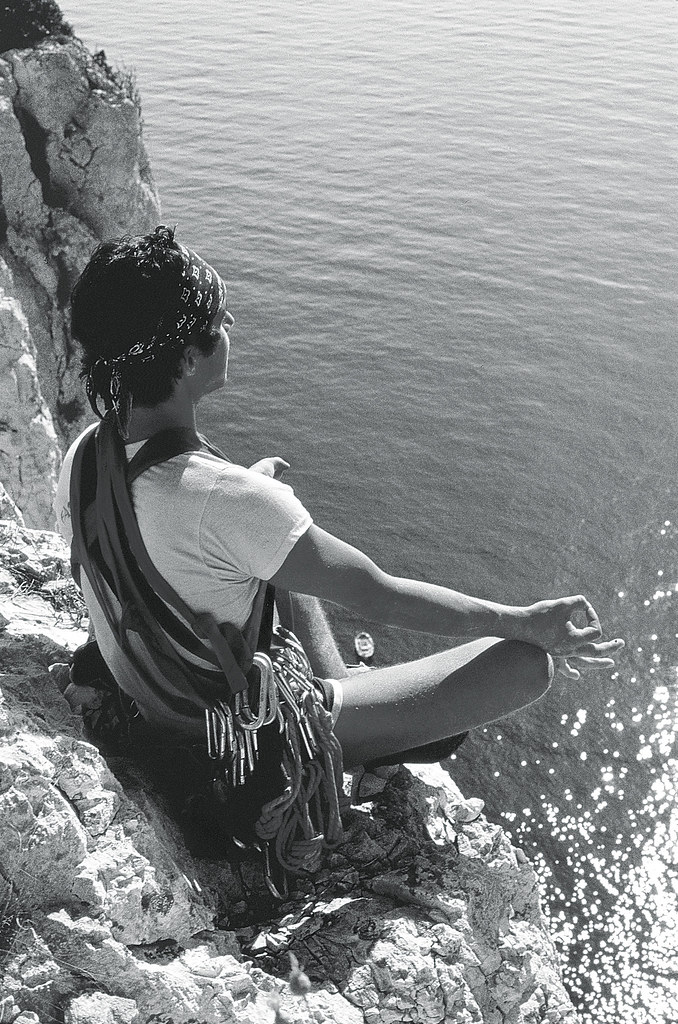 I really enjoyed reading your book, by the way. It was raw, to the point and I had a few good laughs. It also had a Quentin Tarantino-esque feel to it at times: Good music, story lines that interweave and come together at the end. Did you plan it like that?

My friend, Mark Twight, told me that my book would not end up being what I thought it would be, and that it would be more work than I thought it would be. He was right on both counts. I wanted to write a full 360 degree view of my life and climbing as I believe that much of the value in my writing is that which is common to all people: love, loss, desire, fear, hurt, joy. I believe I share the most that way and that is what writing is for me, a hope to share a little something about life with people.

The weather this summer in Chamonix seems to have been much the same as you first visited the crucible of European Alpinism. Any idea how many people climbed the North Face of Les Droites this summer?

I have no idea how many people climbed the North Face of Les Droites this summer. Mark Twight and I were pleased to see that our route, The Richard Cranium Memorial, had several repeats in the last couple years and that the ascensionists seemed to enjoy it.

Reinhold Messner, another of your idols judging from your book, just got 70 in September. Did you send him a card or where even invited?

Reinhold didn’t invite me to his birthday, but he might have invited my guiding mentor, Rudi Kranibitter, who took Reinhold out climbing in Reinhold’s early days and taught him some stuff. Rudi once told me “Ya, that guy was a fast learner!” 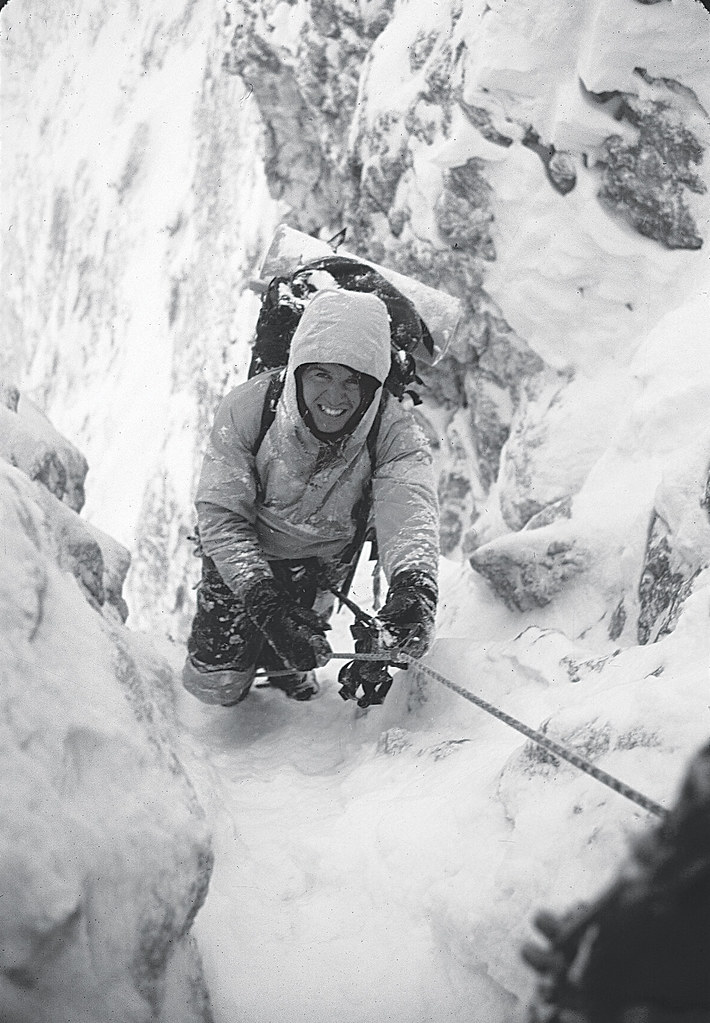 You are well-read and have devoured a lot of books - from Heinrich Harrer’s “The White Spider” to Lionel Terray’s “Conquistadors of the Useless”. If you could recommend just three books to aspiring alpinists, which ones would that be?

I would recommend: The Great Days by Walter Bonatti, The Seventh Grade by Reinhold Messner and Feeding the Rat by Al Alvarez.

One of your colleagues, Andy Kirkpatrick from the UK, made in his essay “How To Hone Your Alpine Psyche” his first point to not have kids. You’re a father of two - do you feel you climbed harder pre-fatherhood or that you stayed on the same level?

I definitely climbed harder before the birth of my daughters but I became a father at 45 and I was, by then, far past my physical prime that was, for me, between 25 and 35. I just can’t climb as hard now, especially at 55! as I could when I was younger. But! the inner journey up the easier mountain is still as challenging and rewarding, maybe more so on both counts. 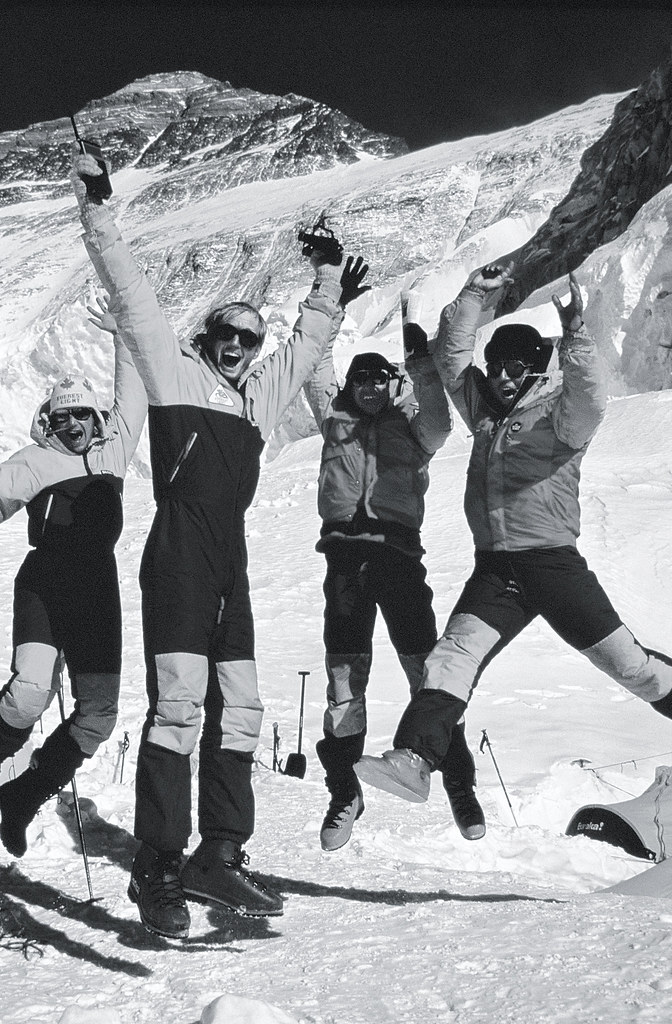 As someone who likes to climb mountains myself it feels like the majority of climbers nowadays are rather enjoying themselves in gyms or bouldering. How would you try to get these people outside?

I think that once gym climbers and boulders experience the added challenges of traditional climbing, especially dealing with risk, some of them will be called to the richness of alpinism, but it is a dangerous game so it is not for everyone.

Is there a chapter of your climbing life that you wished would have made it in the book still?

When I sat down to write The Calling I thought that it would cover my whole climbing life, but I’ve been cursed with a long memory and seemed to have a lot to write. I’d like to write a second book to cover the rest of my climbing life beyond 1988.

Well Barry, many thanks again and have fun on the book tour!

You can read my Review of Barry’s book “The Calling” here.