At the 2015 Arc’teryx Alpine Academy I got a sneak peek at the new Arc’teryx Acrux AR Alpine Boot, the first alpine climbing boot from Arc’teryx. I was lucky enough to try it on and play around with it in Chamonix, and also take a look at the two new Approach and Crag shoes, the Acrux SL and Arakys. 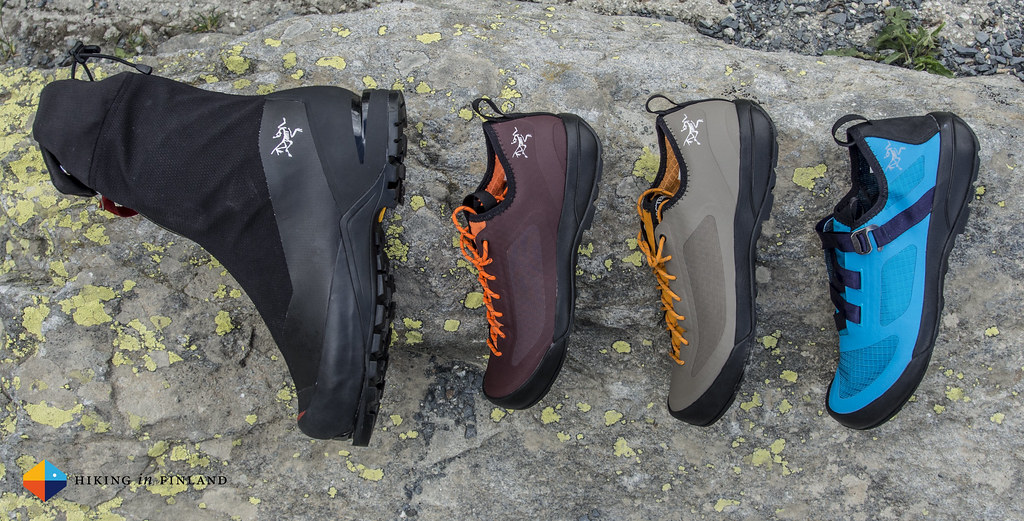 The goal of Arc’teryx with the Acrux AR was to create a light, durable, weatherproof and well fitting double boot. The boot we saw and tried on at the Arc’teryx Academy arrived just that morning and so was an early pre-production model, but it should be relatively close to the boot that will be standing in the stores in 2016. I will share my impressions on the Arc’teryx boot and compare them to my Scarpa Rebel Ultra GTX and Scarpa Phantom Ultra Boots, both boots that I think are damn near perfect. 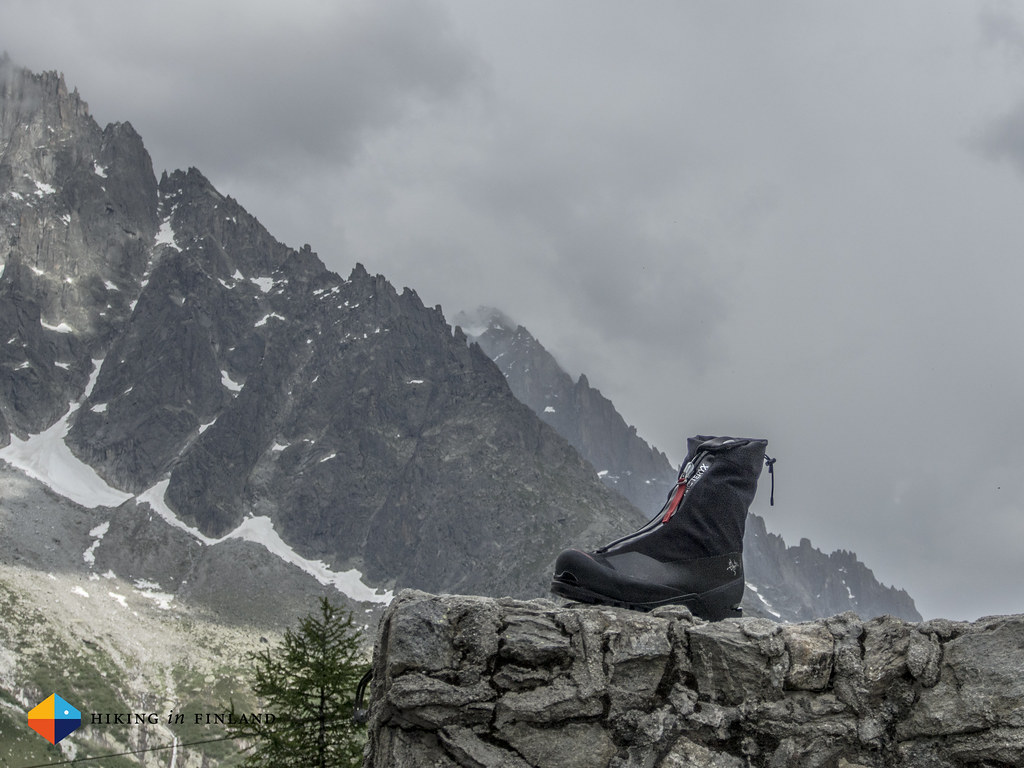 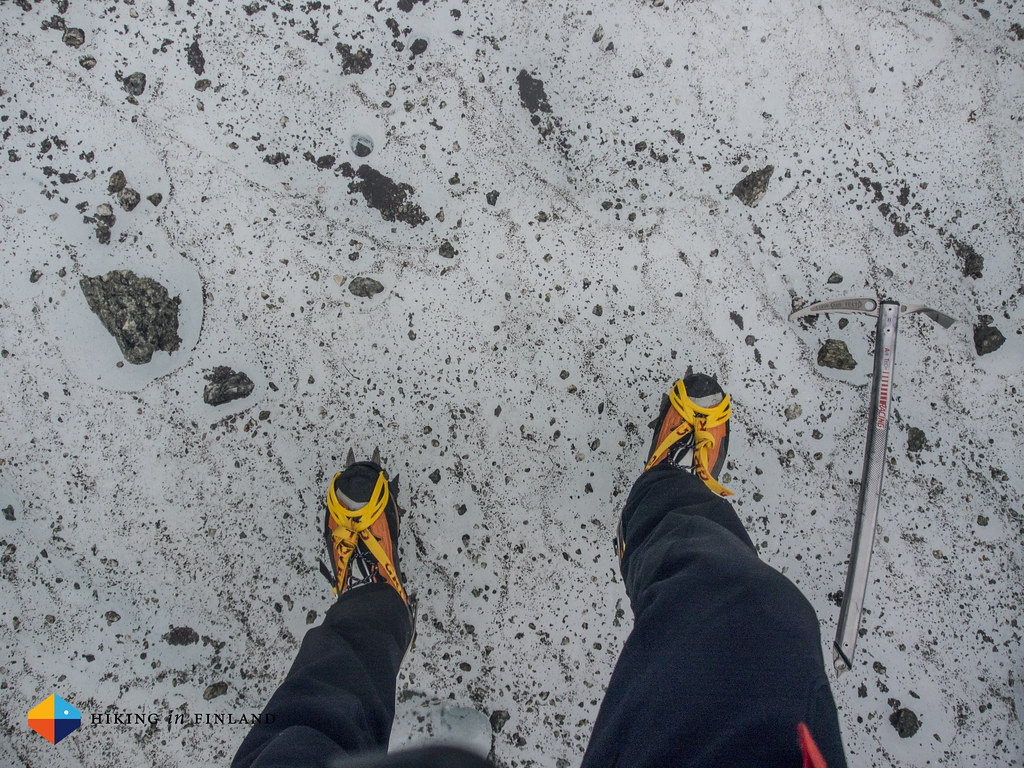 The Lightness of Being 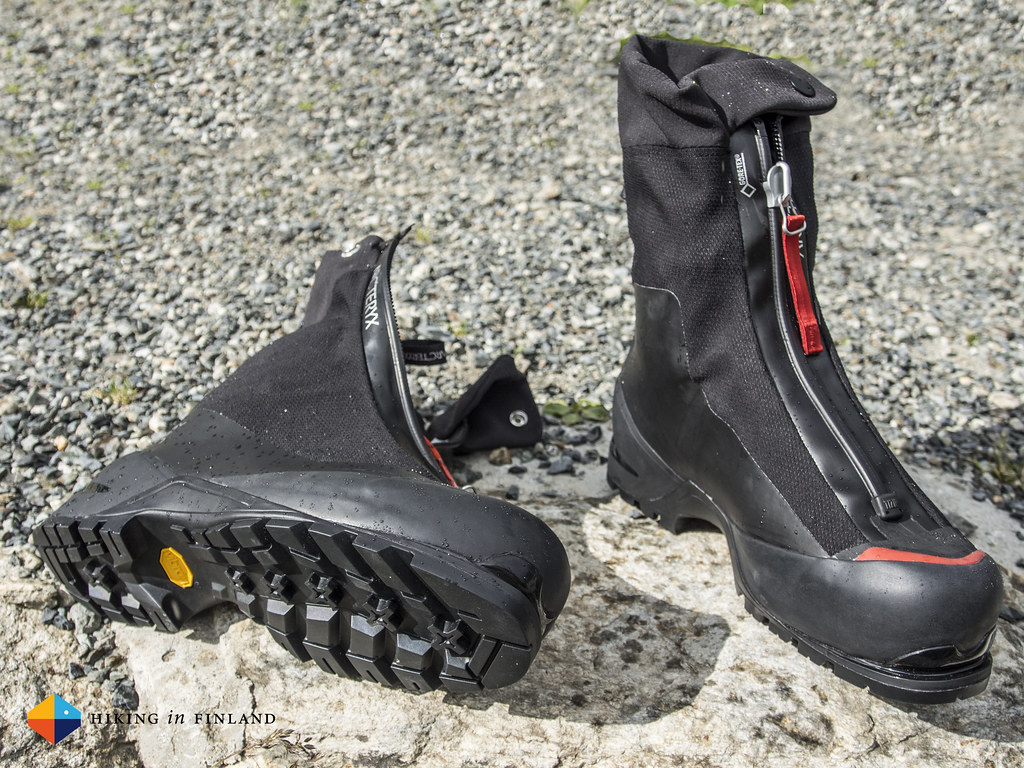 The boot is made to last - how long that is depends on how often you’re out in the mountains. If that’s just once a year for two weeks these probably will last you several years, while if you’re a Mountain Guide they only might last a season or two. The boot made a very sturdy impression on me, with the weakest link probably being the T-Zip Zipper which makes the gaiter waterproof. Maybe a quick look at the construction is in order: 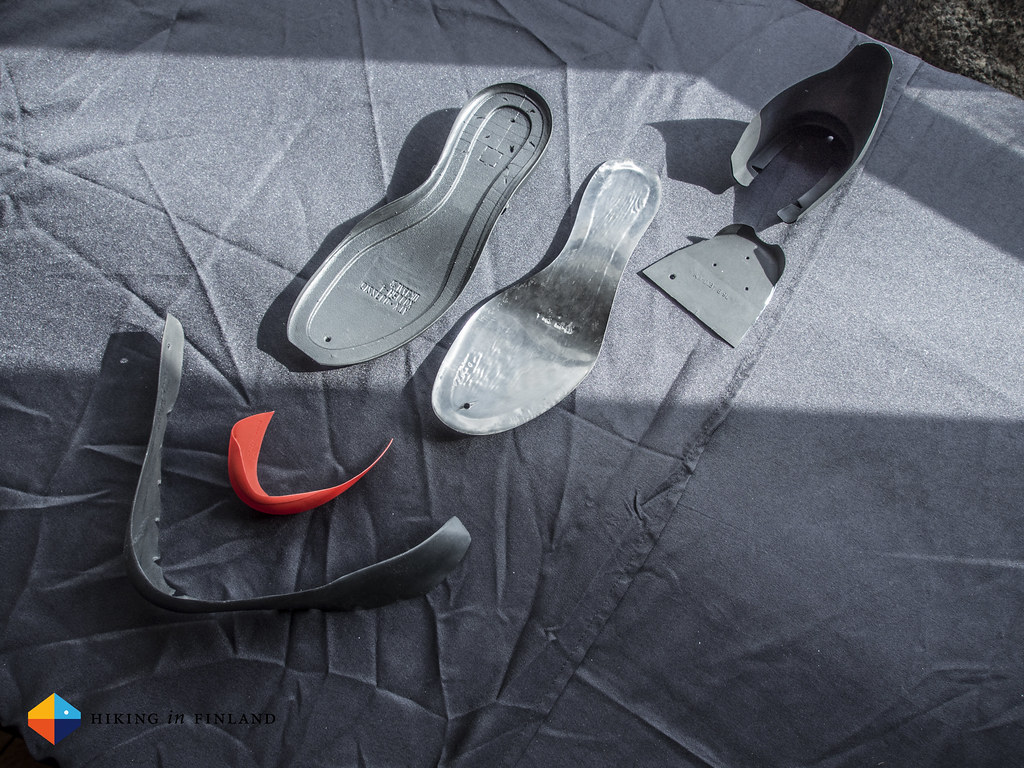 This all creates a durable boot which will be great for your alpine adventures and ice climbing alike. Oh, and a really cool is that the shoe can be re-soled, despite the elaborate sole construction. 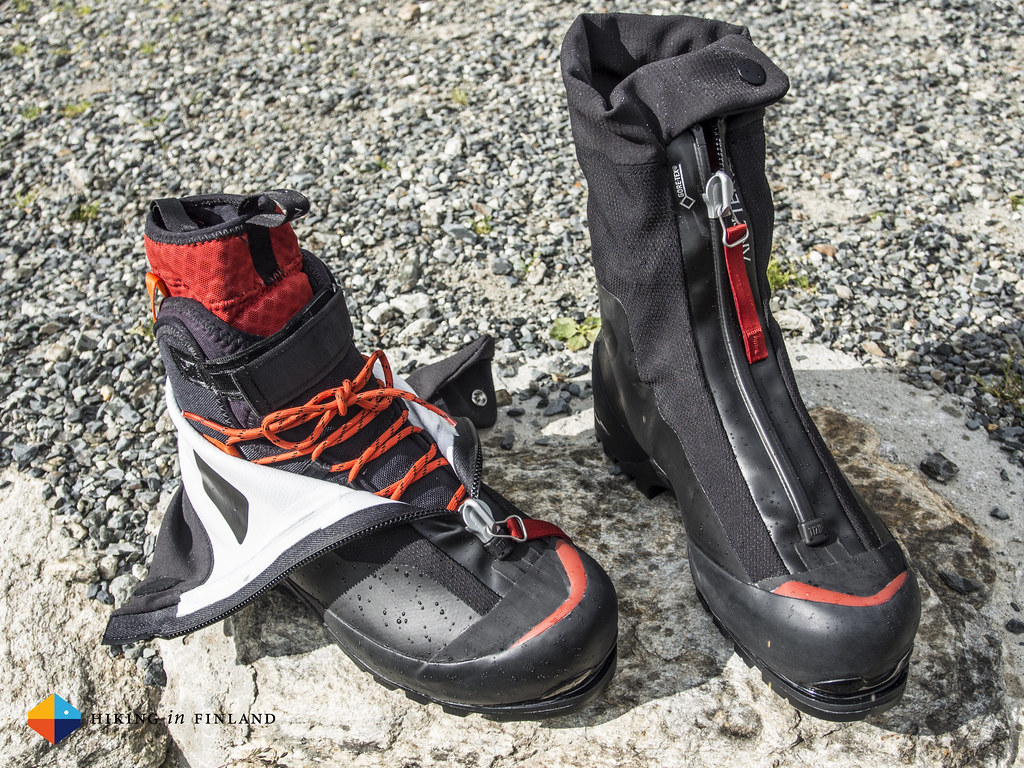 The goal of the Acrux AR GTX Boot was to make a double liner boot that low in volume - more akin to the Scarpa Phantom Ultra - while bing warmer than the Rebel Ultra GTX. The boot we saw certainly achieved that goal, and was not much bigger than the Rebel Ultra GTX in volume, and lower in volume than the Phantom Ultras I have. I find low volume boots not just aesthetically better, but they also more practical in use in my opinion: I can climb better in a low volume boot, find easier foot holds in tight spots and it’s easier to get your pants over them, too. 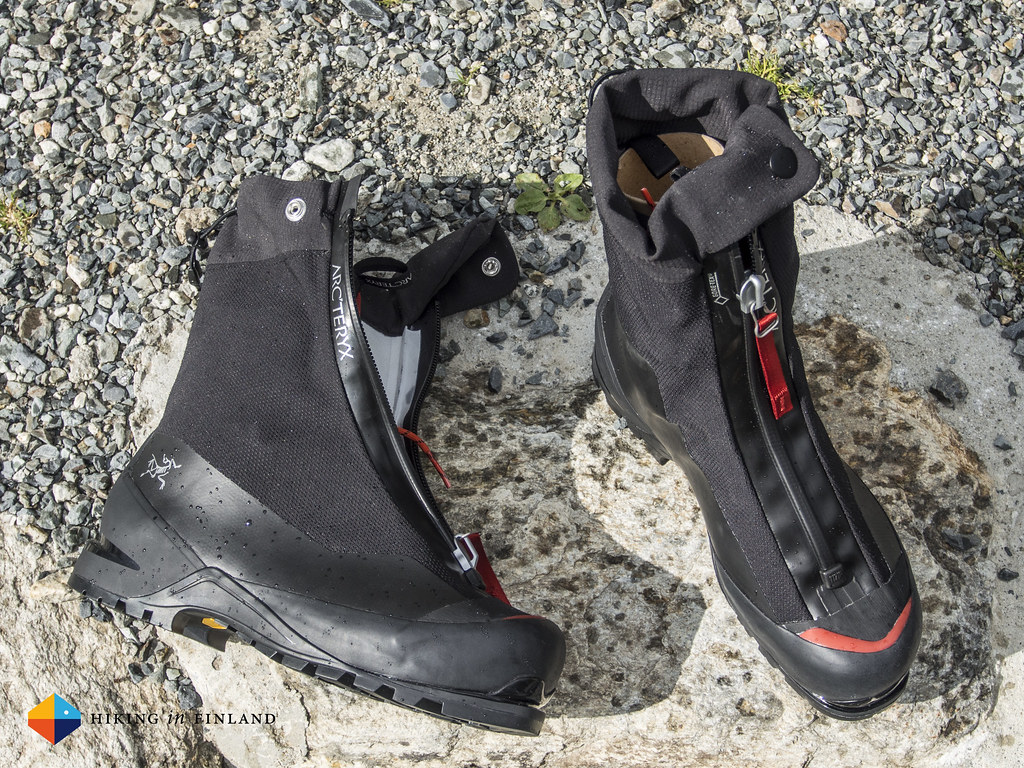 I’m used to very light footwear - Luna Sandals I love for hiking and every day use, and on the trail I often sport a pair of trailrunners - so boots always will feel heavy to me. I tried the Acrux AR GTX Boot on and walked a bit around in them - not really a test thus - and they certainly felt heavy to me, especially since I also had my Scarpa Rebel Ultra GTX boots along for my clinics. But they weren’t uncomfortably heavy and of course it is better to evaluate them when using them in cold weather in the mountains and not in front of a Restaurant, where they will probably not feel heavy anymore, but I’d likely appreciate their warmth at -5°C at 3.800 m altitude. 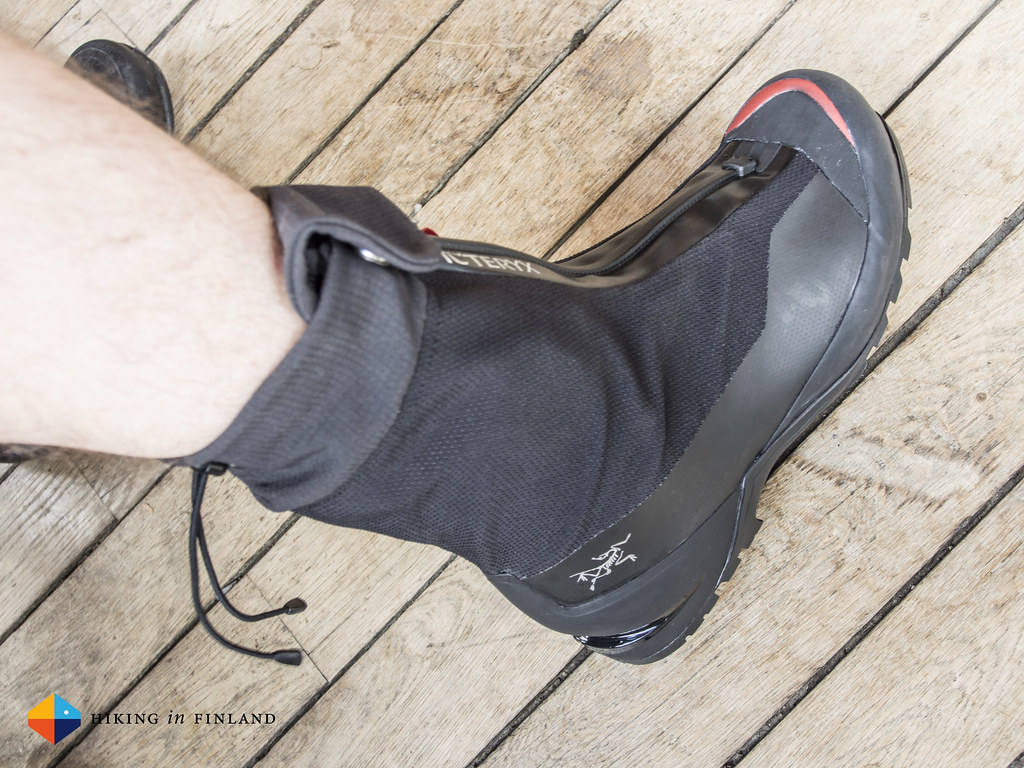 The boot was comfortable on my foot, the inside lacing enabled a secure fit with a Velcro Strap which held it in place. The Gaiter is adjusted via a Drawstring in the back and the gaiter is easy to open and close with the T-Zip zipper. The liner was warm and comfortable, and the adaptive fit will mould the liner over time to your foot for a personal fit. The seamless construction of the liner should minimize blisters and pressure points if that’s something you have problems with in other boots, and because it can be removed you can dry it faster or use it as a hut/ camp bootie.

The Conclusion is that the Arc’teryx Acrux AR GTX Alpine Boot certainly is a boot waiting for if you’re often out on Multi-Day adventures in the mountains. At 600€ it is competitively priced, the low volume and being a double boot sets it apart from the competition and it is very well made. I hope to be able to put them through their paces in the future and share a detailed review on them after a lot of use. 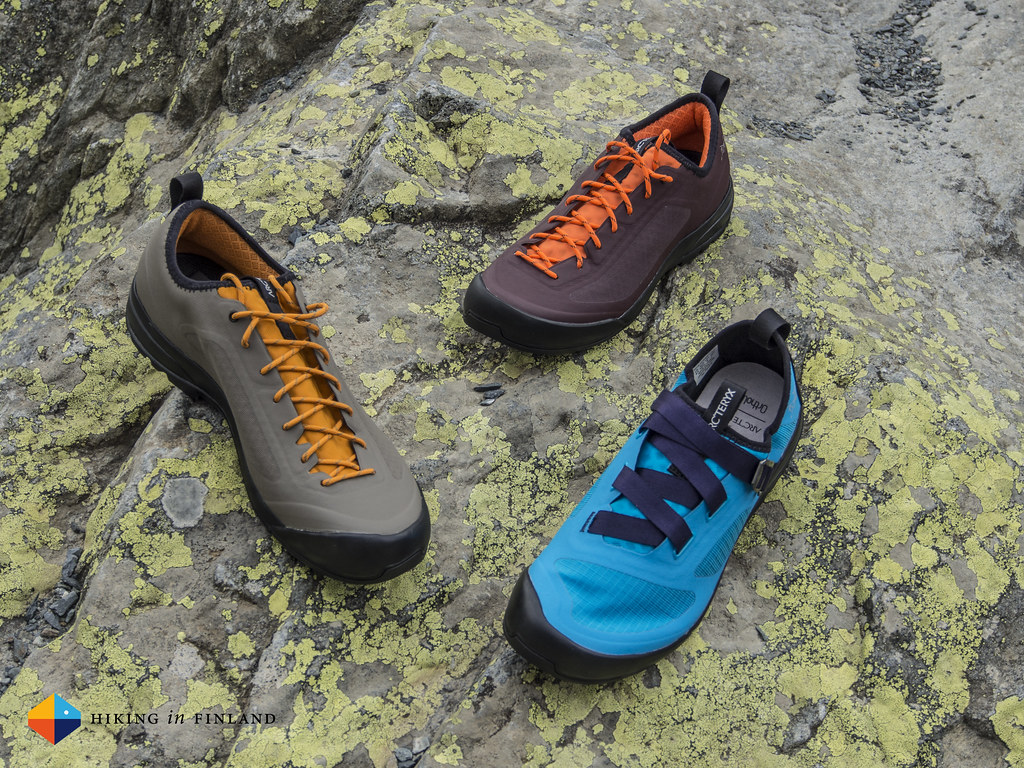 Besides the Acrux AR Alpine Boot Arc’teryx will also launch a SuperLight version of the Acrux, which will tip the scales at 300 g per shoe. It has no Gote-Tex lining (Yay!), a Vibram Megagrip sole and is made for demanding approaches and descents. The Acrux SL comes in a Men’s and Women’s Version in four colours each. I think this will be a great crag/ every day outdoor shoe that will be popular, I certaily would pick a pair up. 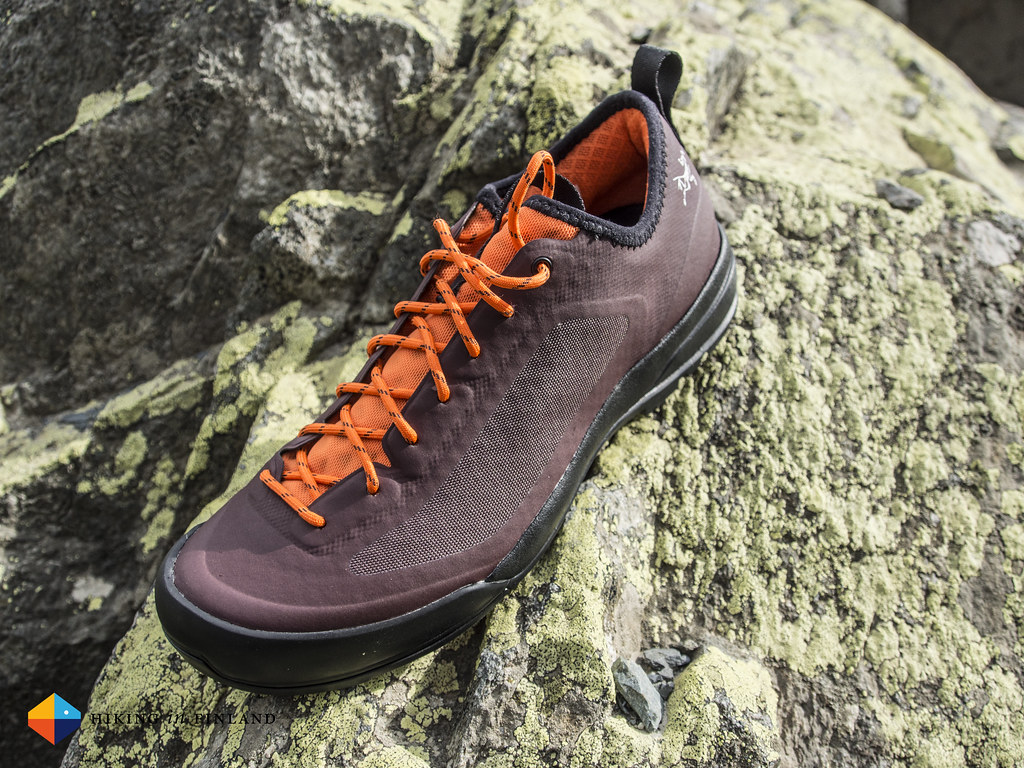 And the other new shoe is the Arakys. Arc’teryx promotes it as a “ultralight bouldering and single pitch approach shoe designed for indoor and outdoor climbers”. The closure system can be operated with one hand and is easy to switch from climbing (closed) to belaying (open). The heel is collapsible and turns it into a slipper. It will weigh about 270 g per shoe in UK Size 8.5, has a Vibram MegaGrip sole and comes also in a Men’s and Women’s Version with four colours per sex. I probably wouldn’t use it for climbing & bouldering, but for approaches, at the crag and scrambles it probably would be very nice. 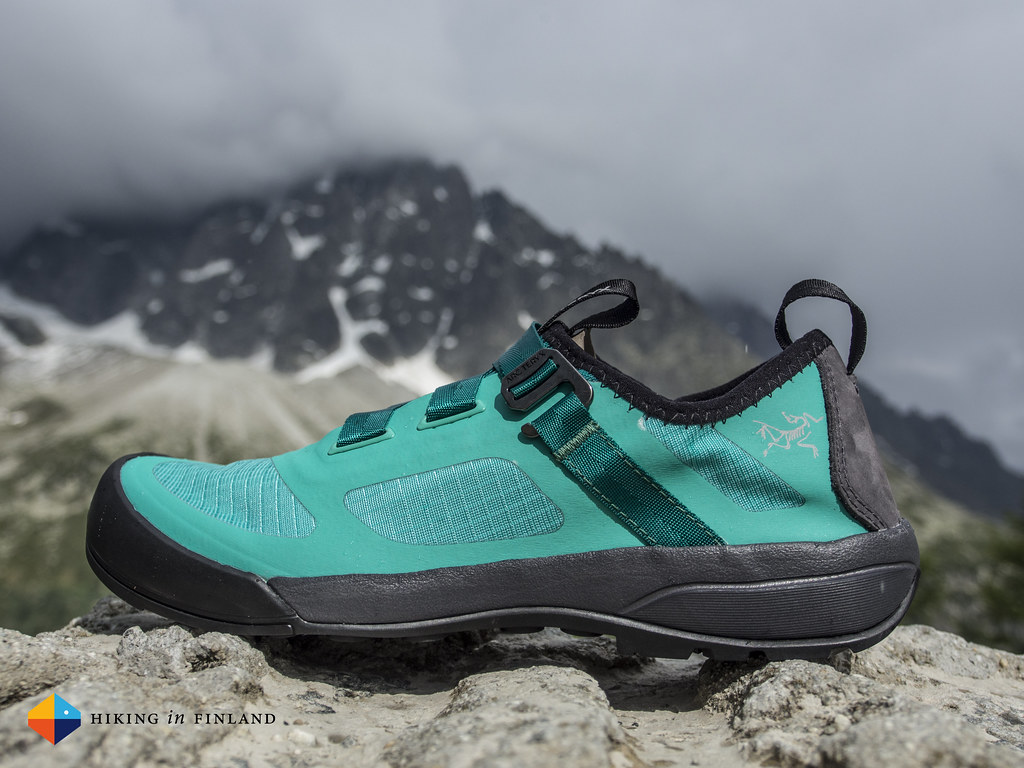 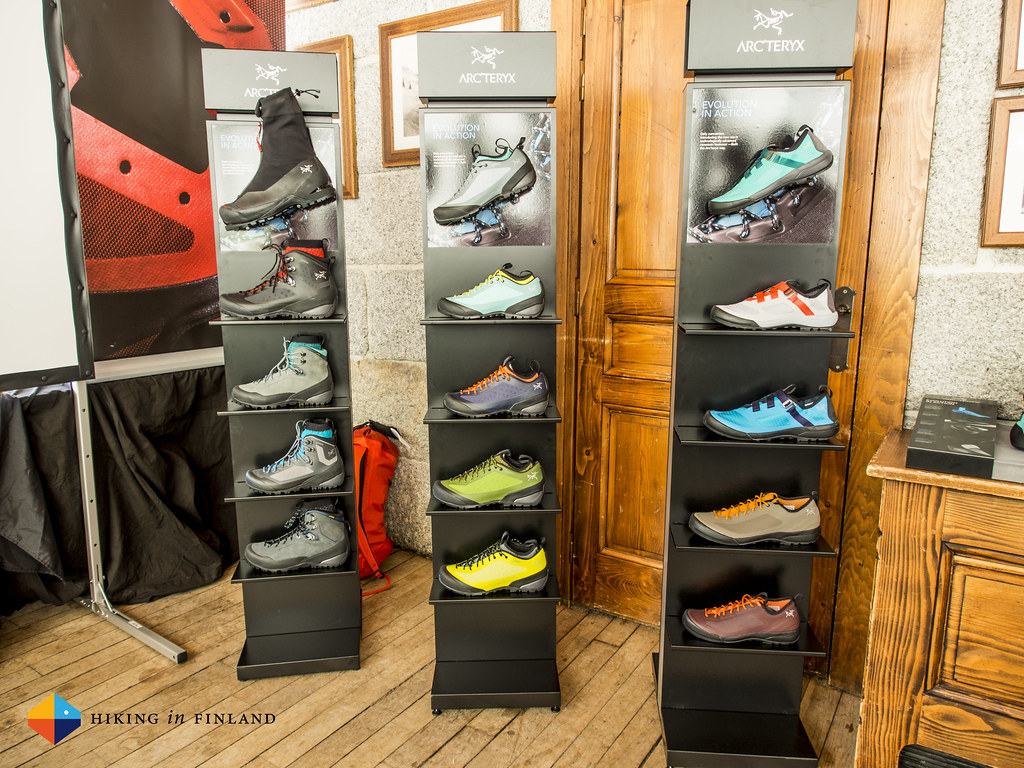