We still don’t own a car, we still don’t want to own a car, and there’s still no alternatives to owning a car available in Vaasa (or any other small town in Finland/ Scandinavia) in 2021. It’s frustrating if you want to go to a hiking trail a bit further away with the family or if you have to pick up stuff you can not transport with a bike. And it makes me wonder: Will we still have to own a car in 2030 or will there soon come Mobility As A Service options also to smaller cities and towns? 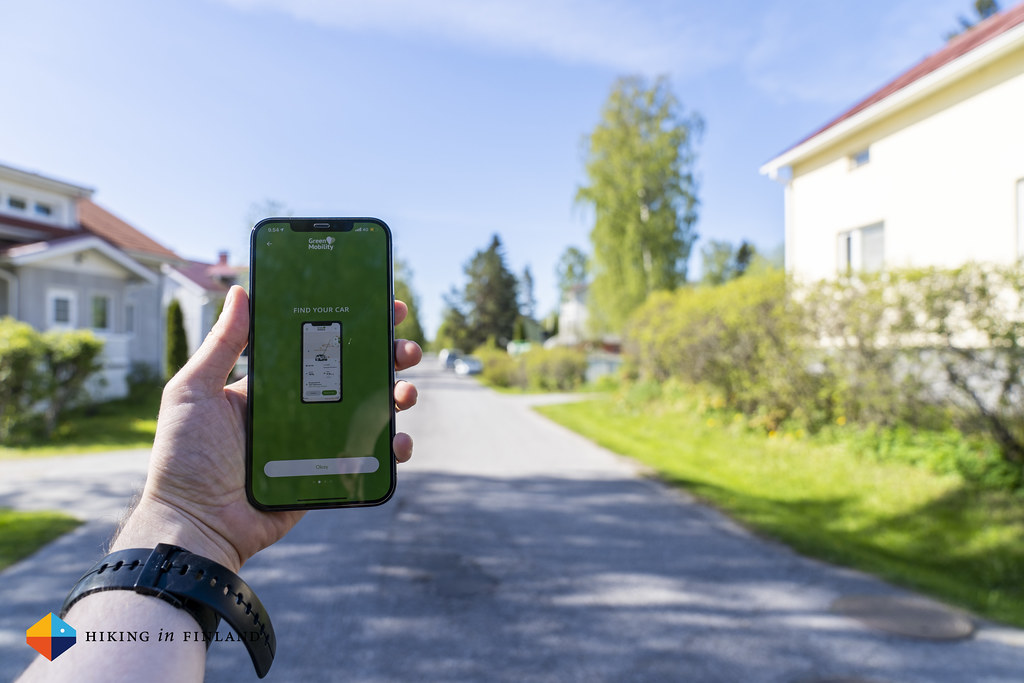 Disclosure: I maintain full editorial control of the content published on Hiking in Finland. Read the Transparency Disclaimer for more information on affiliate links & blogger transparency.

In March 2019 I blogged that not owning a car isn’t a problem for us, as we can do everything with the bike. This still holds true 95% of the time today, but then there’s those 5%. Much of these 5% involve kid’s hobbies, especially during winter (so the time between November and April here in Vaasa), where it’s not easy to motivate kids (and adults) to ride at -15°C on badly ploughed roads to a swimming lesson in the evening - and back home. You might think: “Don’t complain, just cycle there!” and it’s definitely the attitude I also have - but forcing a child to go cycle in such weather is a sure way to make them hate the hobby as they don’t want to bother with the cycling there and back in such weather. So this past winter we cheated a bit, as we had a car loaned to us (I’m calling it “The Coffin” as it’s 30+ years old and has a lot of problems). 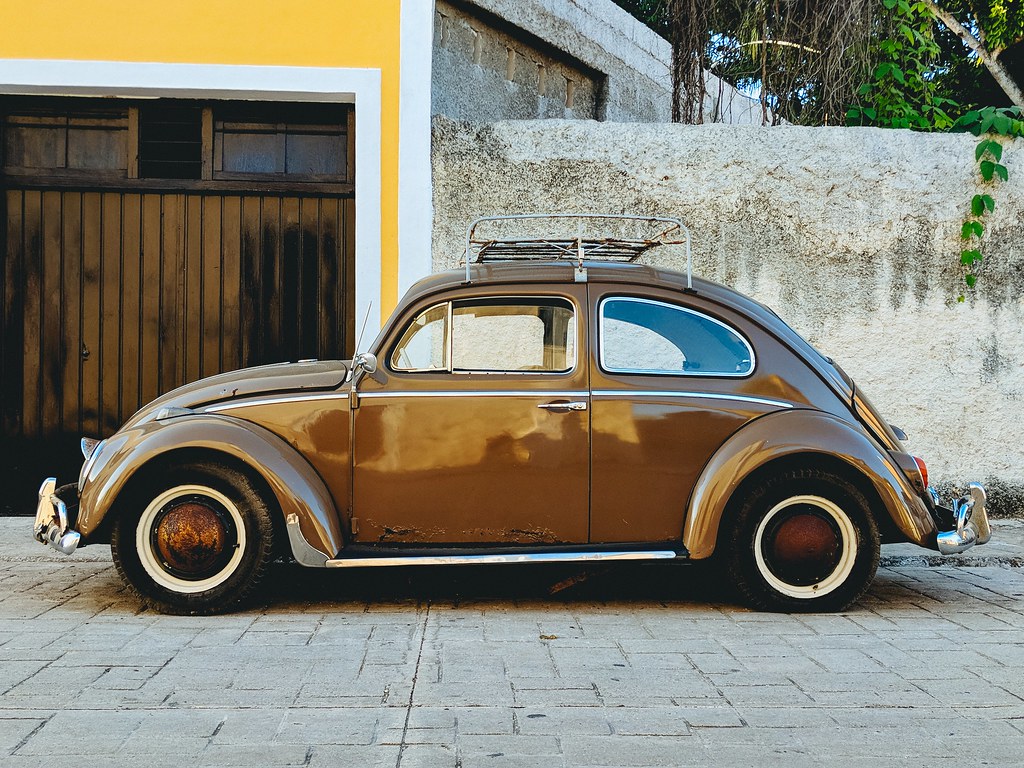 One Day has 24 hours and thus a week has 168 hours. We moved with the car around 3 hours a week, which means it sat 165 hours in the driveway - or 98,21% of the time. Is it worth it to own a car so that it can sit 98% of the time in your driveway? I think not. Sure, we are again an exception to this situation, as our neighbours have one, two, three, four or more cars sitting in their driveways and seem to move around with them a bit more than us (because we still cycle almost everywhere), but even they probably don’t move their cars for more than 20 hours a week - which would be 12% of the weekly hours and means a car is sitting idly on a parking spot for 78% of the week.

Do you see where I go with this? The majority of cars only stand around. Yes, it’s nice to jump in a heated car in winter and drive the 10 minutes to the swim lesson if there’s a snow storm raging outside. If you want to support a local restaurant it’s nice to go pick-up tasty Take-Away Food. Have to transport four bags of cement? That’s one easy ride with the car. But it still means the car stands around, in our case, 98% of the time. Which for me means it’s a waste of space (I don’t like that it blocks the bigger part of the driveway) and also resources, as even this loaned car has costs - gasoline for use, insurance, Parking fees in the city and electricity costs for pre-heating it in winter. 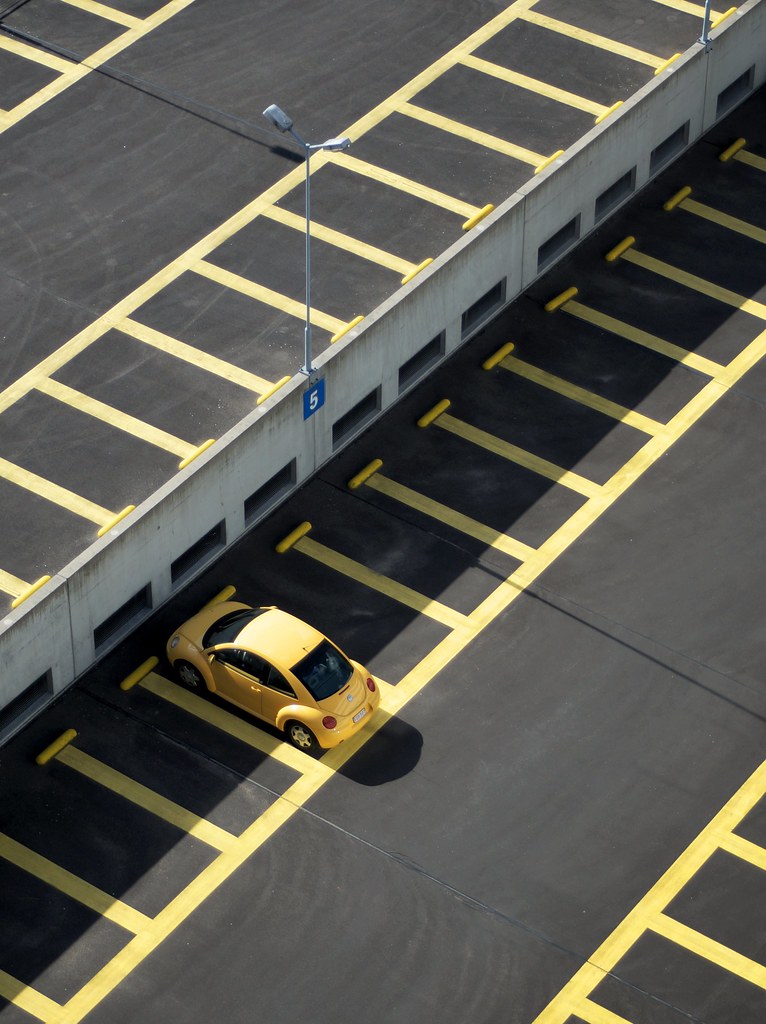 So over the past months we have had many discussions about if we should buy a car once “The Coffin” leaves us in a few weeks. There are happily many good Electric Car Alternatives available today, which at least make the driving part more environmentally friendly - I want to avoid buying a gasoline powered car for many reasons. Thus we looked at many small EVs or electric car alternatives - from the Arcimoto FUV over the Citroën Ami and Next e.Go to the BMW i3 and “bigger” cars like a Skoda Enyaq, Volkswagen ID.3/ ID.4 and even a Tesla. But we always came back to the same conclusion: We don’t want to buy a car. We don’t want to own a car. But for these two to three hours a week where a car is useful, it would be AMAZING to have easy access to a car without needing to travel (by bike or Taxi) to a pick-up point to get a loan car for an hour or less. 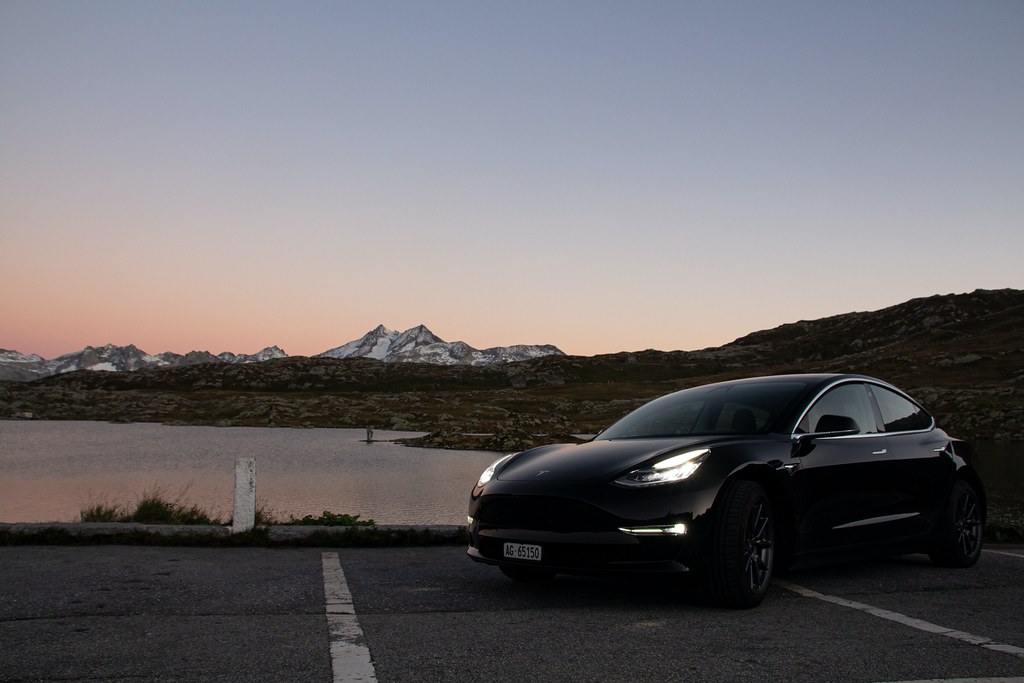 Mobility As A Service

As we don’t want to own a car, we looked at Mobility as a Service Options. It would be great to have a MaaS Provider like GreenMobility in Vaasa, alas they are at the moment only in Helsinki (and Copenhagen, Gothenborg, Ghent and more). It’s a modern System that works with an App and the thing I like the most is that it are all Electric Vehicles and that it’s a Pay as you need System - so if you only need a car for driving 10 Minutes to the Swimming Hall, you pay for 10 minutes - all within the App. And something which is very convenient too is that Insurance is also included, and it should be very easy to find a Parking Spot thanks to the App and the VIP Parking Spots of GreenMobility in the cities they are. The single best thing is that you can unlock the car with the App, so if you see the car in on the street you simply can walk there, unlock it, and drive away. It’s super easy and really how I envision MaaS to work 🚙😊 And no, sadly this article isn’t sponsored by them! 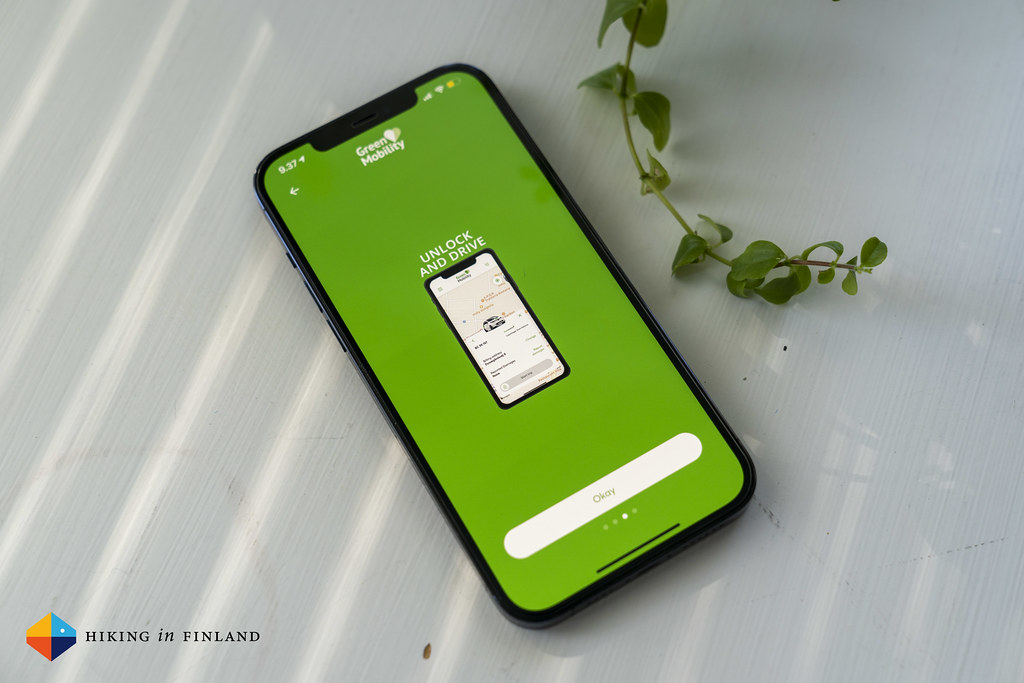 Whim is another MaaS Provider in Helsinki (and Turku, Vienna, and more) which is including even more options: You can easily buy a (seasonal) ticket for Public Transportation, rent a car, drive a Citybike, E-Scooter or a Taxi. It also works with an App and makes it very convenient to e.g. ride a Citybike to a Metro Stop, ride the Metro to your destination and then there walk (or use a E-Scooter) to your final destination. This has a lot more mobility options which makes it a great All-In-One Place to book transportation of any means.

Here’s an interesting case study on the creation of the Whim App.

In Helsinki you also have the City Car Club, a real innovator in the Car Sharing area as they exist since 1999. If you join you can use their cars to do your driving, from one hour to several days. There are many benefits to car sharing, like one car sharing car replaces between 8 - 10 private cars and there are less cars standing around (remember that in my example above our car would be standing around 165 hours a week!). Sharing a car with multiple neighbours or people from our neighbourhood could work great, as long as not everyone needs the car at the same time. There’s things like working out the insurance stuff and such, but generally car sharing would be a great way for us to have access to a car, but not owning a car. Sadly, such an option is currently not available in Vaasa, so we might need to bring up this idea with the neighbourhood.

A MaaS Provider which is available in Vaasa is 24Rent. Sadly they only have Vans available for renting, otherwise this would be a good opportunity to rent a car for short amounts of time. But if I need to transport large amounts of stuff, this will come in useful in the future!

Update 02.06.2021: Matti from 24Rent reached out to me to inform me that they soon also will offer passenger cars in Vaasa for rent. And even better, they also have a service called 24Go which is already available in the Capital Region, Tampere, Lahti and Oulu and they also are planning on launching it to Vaasa at some point - which would another perfect solution for us as it works easy with an App and would allow us to loan a car for simply 15 minutes when needed!

Yeah, that is a good question. If you don’t want to have a car standing around in your driveway for 98% of the time you are sadly in a minority, as most people seem to be happy to have one or more cars standing in front of their house. There’s no good MaaS Provider available in Vaasa (yet!) so currently the only option is to either start a Car Sharing Initiative in the neighbourhood/ city or get an own car. Happily right now it is summer, our daughter & son are very enthusiastic about cycling, so for the next three months we won’t need to think too much about a car. But once November rolls around with lots of rain, darkness and then winter with snow and cold temperatures, the discussion of how to get to the Hobbies will come up again, and till then we’d like to have a viable solution on the table. Of course being able to drive to hiking trails which are a bit further away during the summer is nice, too! If you have an idea, feel free to reach out on Twitter or Facebook! And if you are living in Vaasa and want to start a car sharing initiative - get in touch, too 😎 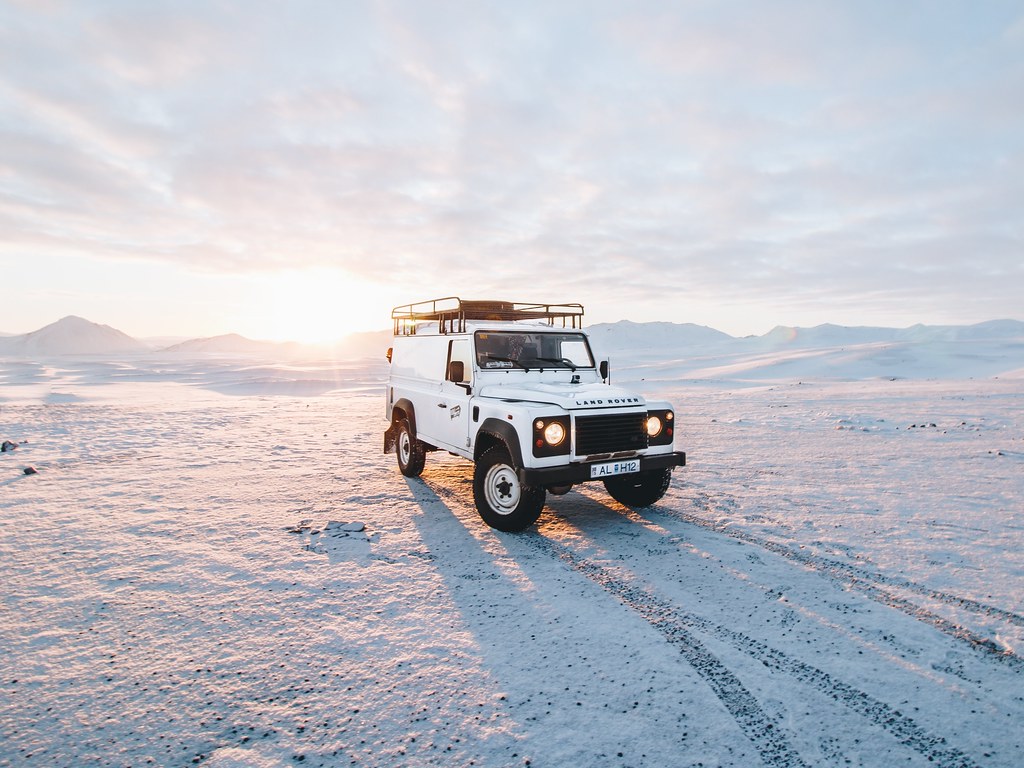 If you enjoyed this article support me on Patreon (and you get great discount codes from partners - you could save 20% on your next purchase!) or buy me a coffee - I work Full-Time on Hiking in Finland to bring you inspiring trip reports, in-depth gear reviews and the latest news from the outdoors. You also could subscribe to the rarer-than-ever Newsletter and follow along on Instagram, Twitter, Facebook and Youtube for more outdoorsy updates!