We shall continue to serve you awesome, high quality content after this Public Service Announcement.

I wrote this with a smile on my face. I tried to use humour. My humour is of the ironic kind, so might not be obvious and understandable to everyone to some. Just know that I wrote this with a positive vibe, and that's how you also should read it. Life is too short to be grumpy!

Philip aka Sectionhiker had an interesting post on his blog yesterday. Called "Outdoor Blogger Challenge – Product Review Disclosures" he thinks it is time for outdoor bloggers to disclose if they got free gear, in-kind compensation for a product review or even a financial benefit. I'm all in favour of transparency, and have disclosed since day one in my About/ FAQ page and in articles that a lot of gear on the blog, that gets reviewed, has been provided for free, or has been purchased at a reduced price or has been loaned to me. I also have an Amazon Affiliate account, which means if I post a link to Amazon, and you buy something, I usually earn a few cents (I received a Amazon coupon last week, worth $35 which I "earned" in about six months. I'm not planning to retire soon =). If you Flattr me, I also "earn" some money (Woohoo, just checked: my preliminary Flattr revenue for July is 0,29€ - time to book those Fiji tickets!). Add in the massive revenue from those Ads on the side, and I reckon I can fly First Class and spend a week in the Hilton President Suite.

Before I continue on what Philip wrote, lets do this in plain language: Gear Reviews drive traffic. It is what people search for on Google, and hence they come and visit your "XYZ Review". They might stick around to read about your trips, but likely they're not. It is all about gear, as has been written about and lamented on by others as well. Yes, I think it is sad - I personally am a lot more excited and motivated to write about my trips and experiences than doing a gear review each week. But: Gear reviews drive traffic. If stats mean nothing to you, you won't be bothered by this, for those that have ads and affiliate programs if means possibly earning a few more bucks. So if a call to disclosure comes, it already makes me listen closely. What is the real reason for a post like that?

Philip closed his article, which apparently was triggered by a post on Daily Hiker who in turn felt he needed to write something about it because of something he read on GearGals, with three questions, which I will answer here.

- As an outdoor blogger, do you disclose the receipt of complementary products or other financial incentives from manufacturers whose products you review online?

Yes, since day one. Like Phil, Philip, and a whole bunch of other bloggers, I receive free gear for review from manufacturers and PR companies. And I too have the luxury to choose the something I'd like to test. Obviously I would rather spend my time and test something I want to use versus something I don't want to use (which is a good explanation for the amount of favourable reviews here - I just don't have time and desire to test and write about crap). And still then I always have been 100% saying how things are - if something is crap, then it will be said. I also am not forced to do a review, get money for it, get to go on trips, or anything else.

I also know that a lot of you readers think it is fine that bloggers get free gear and write reviews about it. The reasoning goes that if a guy, who spends every other weekend in the forest and hills is testing a backpack/ jacket/ pants/ stove, he has a pretty good idea of what he is talking about. And if he says "Hey, this is cool, but XY detail is not so good" then it gives those readers an idea what to expect before they dish out their hard earned money. There's plenty of comments on old gear reviews here, where people say they're very thankful for the detailed review, and that they found my opinion of the item was spot on; that they bought that item and also find it is fab. And I also get the occasional email asking additional questions, which I always try to answer promptly.

Also, reviews are very personal in my opinion. I think Phil's reviews are fab, because Phil is out hiking a lot. He takes fine photos, and adds in videos which give a good idea of how something works in real. Finally, Phil is about the same size as me, and we have similar needs and expectations, and hike in fairly similar conditions (OK, it gets a lot colder here ;). All that means I trust Phil's reviews, and find them useful. And I think that people who are about my size and weight as me (that's 175 cm and 65 kg) usually find my reviews pretty spot on - and are thankful that I went to write a review about a free piece of gear which they needed to pay about, before they paid for it.

Finally: In that soon bankrupt country the USA people need to disclose if they got something for free/ a review is paid for. That's fine by me, though in Europe we still have freedom of speech, and none such measures apply. I and other still do disclose this information, even if we would not need to. But if some don't do it, then that is cool for me as well. Because, applying US law to people in other countries is also, hmmm, how to say this nicely? Colonial? 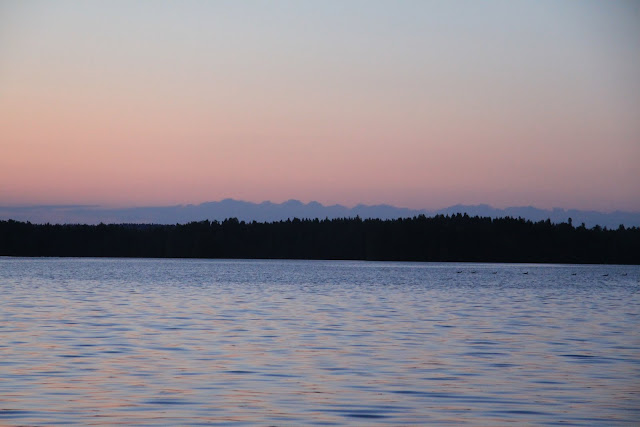 - As a reader, do you think it is important for bloggers to disclose any financial interests that might effect their assessment of a product?

C'mon, financial interest? What are we talking about? $1000 or more for a review?

Using common sense it is pretty quickly to see if a review is bought (or rubbish, for that matter). A quick look at a site and the writing and layout tell me at least what's the story. Lacking common sense? Here's Hendrik's Quick Guide To Evaluate the Credibility if a Site's Reviews are Trustworthy:

- Does the site have a flashy header with a modern (and often pretty awful) typeface?
- Are there advertisements on the top, the sidebar, and/ or at the bottom of the site?
- Does the review contain less than four photos?
- Are the photos used stock photos (often with a white, black or very exotic background)?
- Does the text sound like a press release? (Hint: If it sounds like one, it is one!)
- Does the review contain less than three paragraphs? (A paragraph should consist of at least two sentences - more = better ;)
- Does the "review" end with an affiliate link?

If you answered with yes to more than two questions, chances are that in 99% of the time the reviewer doesn't have a bloody clue about backpacking and just rephrased a press release and used the photos they sent him along. Need an example? This site writes only rubbish and exists for the advertisements on the top and side. And yes, he does have no clue about UL backpacking.

- Would you support reader boycotts against outdoor bloggers who do not disclose pre-existing relationships in the product reviews that they publish?

What's next? We're going to march united against heavyweight backpackers?

Just the thought alone is borderline, I think. The same goes for eStyle badges of trust. For the vast majority this is a hobby, a passion, on which we labour in the hours after work. If someone gets a free jacket, awesome for them! I hope they go out, test it like there's no tomorrow, and write a kick-ass review about. I really don't care if they got it for free and tell me or not, if they write a honest, down-to-earth review. 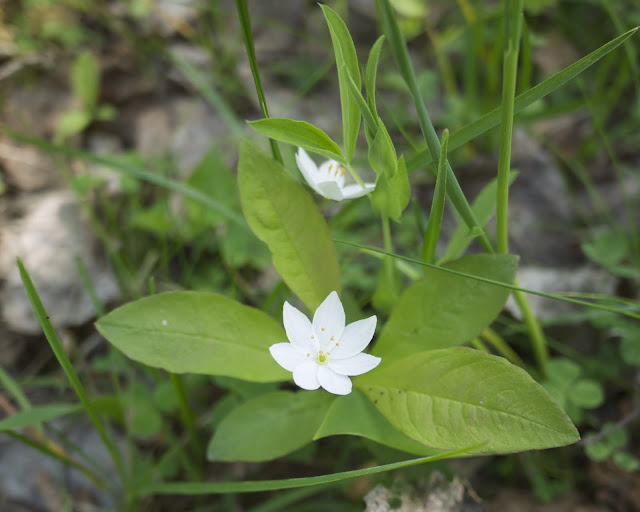 To conclude, I am all in favour of transparency and openness. I have been open about it, and always will be. But as we're largely talking here about personal blogs, all over the world, of a small community, I find that eStyle badges and talking of boycotts is not the way to go. If a blogger gets some free gear to do a proper test with it, and writes a good review, than that is to the benefit of us all and I for one am happy for the blogger that he got free swag to play with. I also don't mind a few appropriate ads - the ads here for example allow me to pay for public transportation and food when I go somewhere, as well as develop this site further.

Finally, I also would like to play that ball towards the shops, manufacturers and distributors - they are the ones winning (and making a profit) with reviews, both because of the publicity, created sales, backlinks, and the feedback. They should be the ones demanding absolute transparency - but normally they don't. Some do. So in my opinion, the movement should come from the providing side, not the receiving side. And now you can read my last review (from May!) while I make the next ones ready ;)