What would you ask one of the world’s top alpinists? 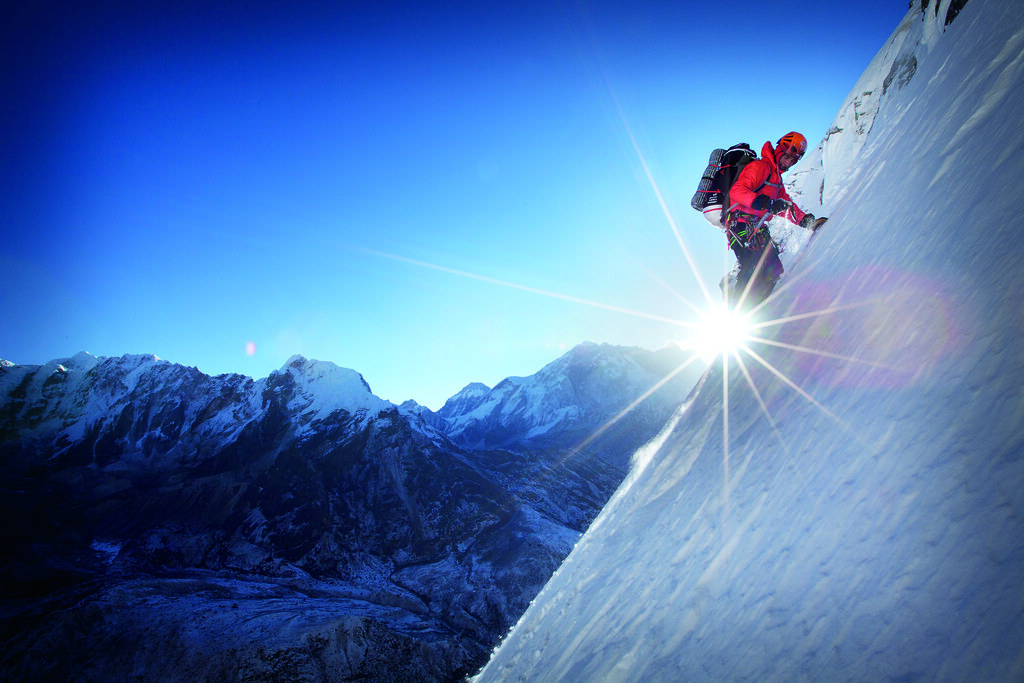 Thanks to Mountain Hardwear I had the chance to meet Ueli Steck at the OutDoor 2013. At first I couldn’t believe my luck - I, meeting Ueli Steck, a person I admire a lot? Yes, my contact at Mountain Hardwear confirmed me, I was booked into his calendars and would be able to interview him at the fair. Wow. 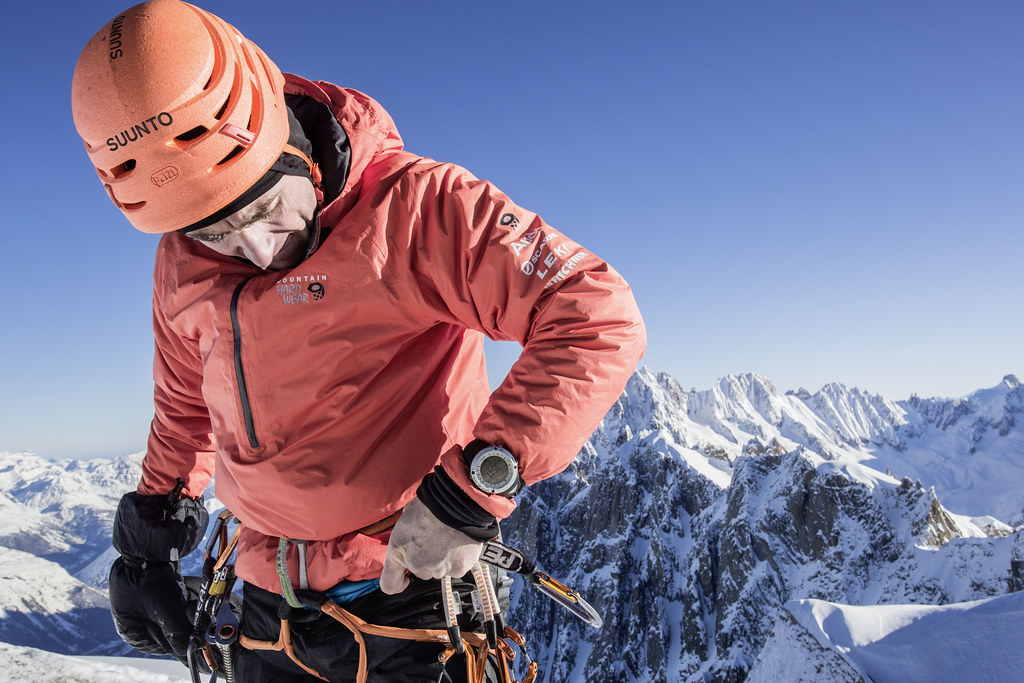 And so the quest of what to ask him ensued. I asked a few good friends before the interview about suggestions for questions - kiitos Mikko ja Sami, ありがとう Chris - and also my lovely wife contributed a question. Further questions I penned down while on the plane, and then just made some up on the spur of the moment as we were talking. Well, without further ado, here’s the interview in all its video glory (Youtube fans can watch it here):

Ueli was completely relaxed, a very easy going person to be around. My nervousness was away seconds after the introduction, and after a bit of small talk we started the interview. I decided from the start that I’d like to do the interview in German, as it’s both out mother tongue and felt more natural than two German-speakers talking in English. Adding subtitles was easy enough so that also others can understand what we talked about =) After I switched off the cameras we talked a bit more in private, and I even got a autograph card for a friend. Then the Swiss Machine and I headed back out to the Mountain Hardwear booth and chatted there a bit more, before I said my thank yous and good byes and headed to the next meeting, though truth be told I’d have gone to Switzerland with Ueli for some climbing and hiking in a hardbeat!

Thanks to my wonderful contact at Mountain Hardwear, Ueli Steck and Benjamin who loaned me his GorillaPod. It was a meeting I won’t forget for a long time =) 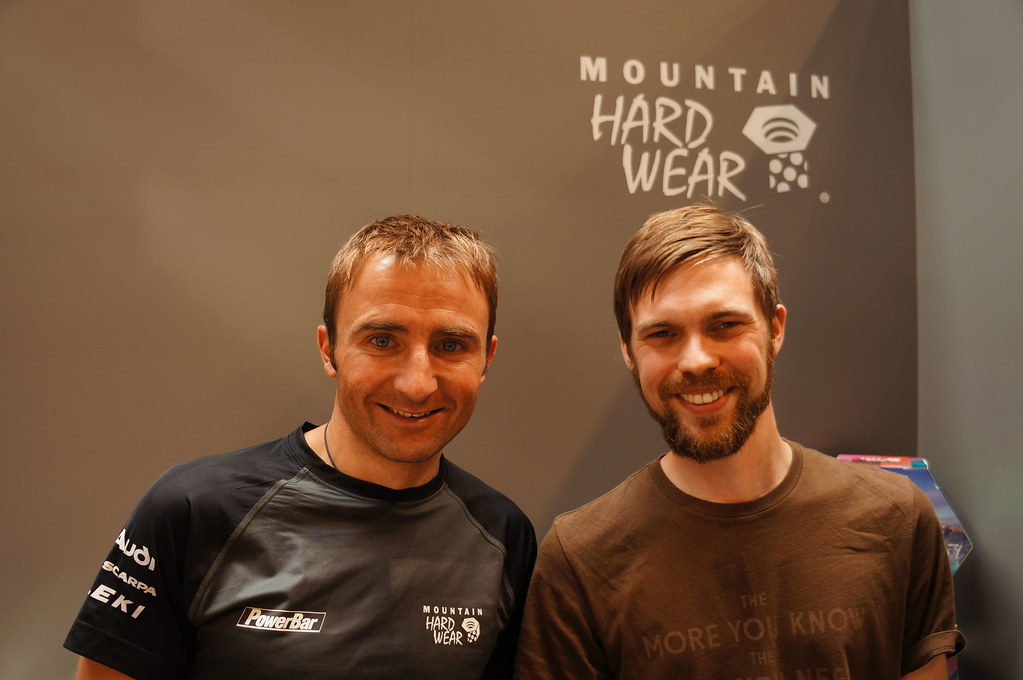