In anticipation of the Abisko Ice Climbing Festival 2014 it’s time to practice as much climbing ice as possible, and freshen up the theoretical knowledge with a good book. Will Gadd’s “Ice & Mixed Climbing” is taking care of the latter part! 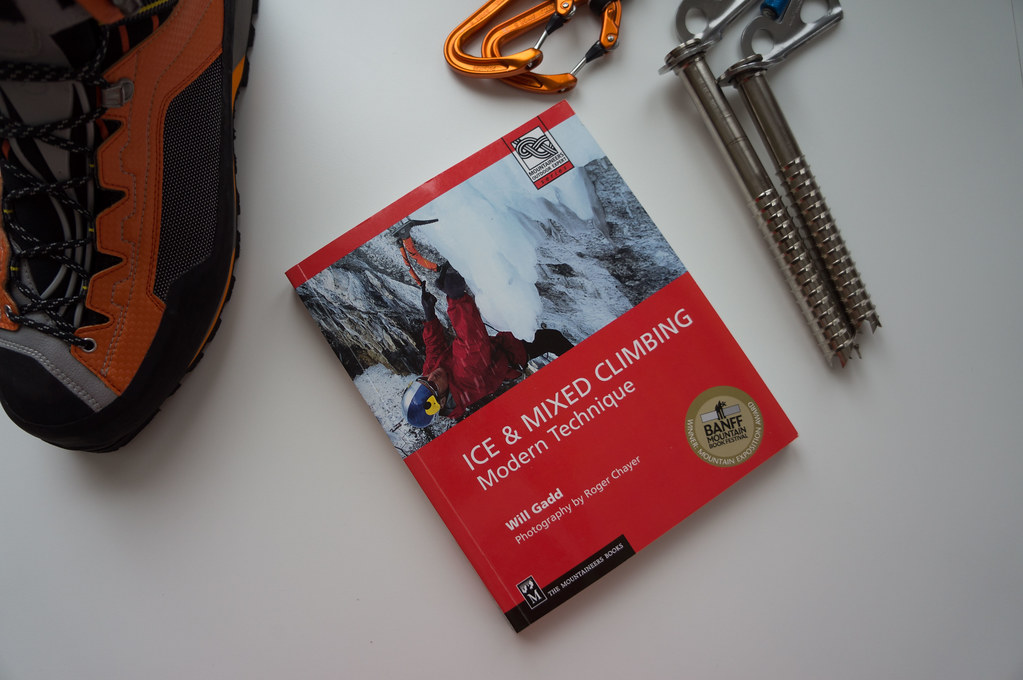 If you’re interested in ice climbing, you probably have read or heard the name Will Gadd. The Canadian won the 2000 Ice World Cup, is an Arc’teryx Athlete, and has climbed numerous very hard and beautiful lines. You could say, he’s a quiet good person to write a book about ice climbing. And so I have read his book now already twice, and am going back to various chapters to freshen up my knowledge before heading out to climb. 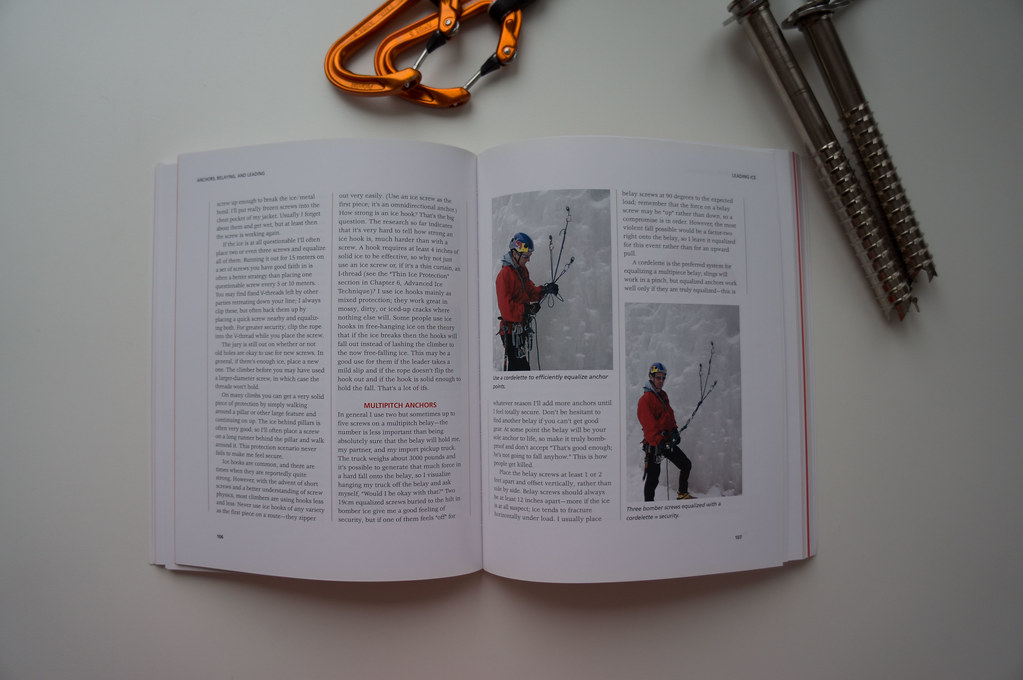 On 240 pages Gadd introduces the novice, at whom this book is aimed (though even intermediate ice climbers will pick up some useful tips!) to what ice climbing is all about. It starts off with a section on gear and is followed by a chapter on dressing for ice climbing. Now that you know about kit and clothing, the 3rd chapter gives you a basic introduction to ice climbing. It does that by looking first and foremost at the medium you’re gonna be climbing on: Ice. First then follows crampon and tool technique. A chapter on anchors, belaying and leading lets you know how to set up an anchor, and as you go up you’ll also need to come down, hence a chapter on descending. Then the intermediate stuff starts, with chapters on leading, advanced ice techniques and mixed climbing. And as you can’t live where winter is always, tips on training in those pesky warm seasons.

Accompanied by the text, which is written well but sometimes could be a bit clearer, are good photos which explain the text. These do help in understanding, but especially the illustrations do a very good job of explaining the written word. Many chapters include little stories and tips by Will and his friends, and are a great way to close a chapter or highlight a point. Overall its a very good read, which will help the novice understand this ever-changing medium and how to climb on it. I’ve gone back several times to look something up in the book, making notes (“Heels down!”) and consulting it to get ice-fit. If you’re new to ice climbing and want to support a course with a lot of theoretical knowledge from a great climber, this is the book for you. 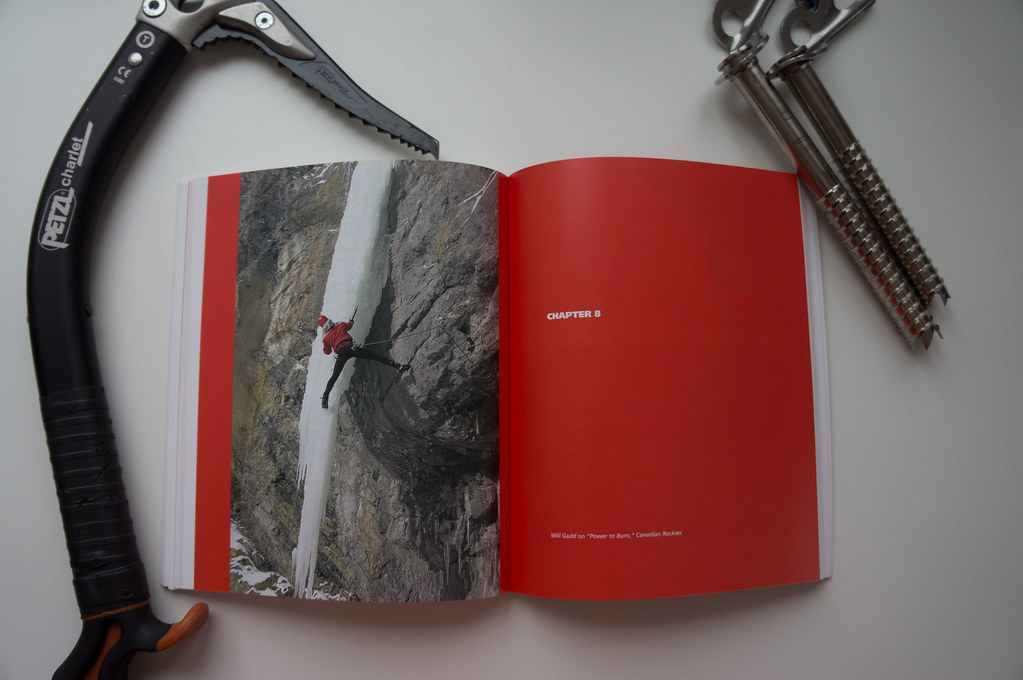