Pack-Sail-Rafting is the next evolutionary step for packrafting. Joni and Marko have been having fun packsailing (as it is also know) already since the spring and with Joni being currently in Pohjanmaa I took the opportunity to it try out when he asked me to join him on a packrafting trip in the Kvarken Archipelago. 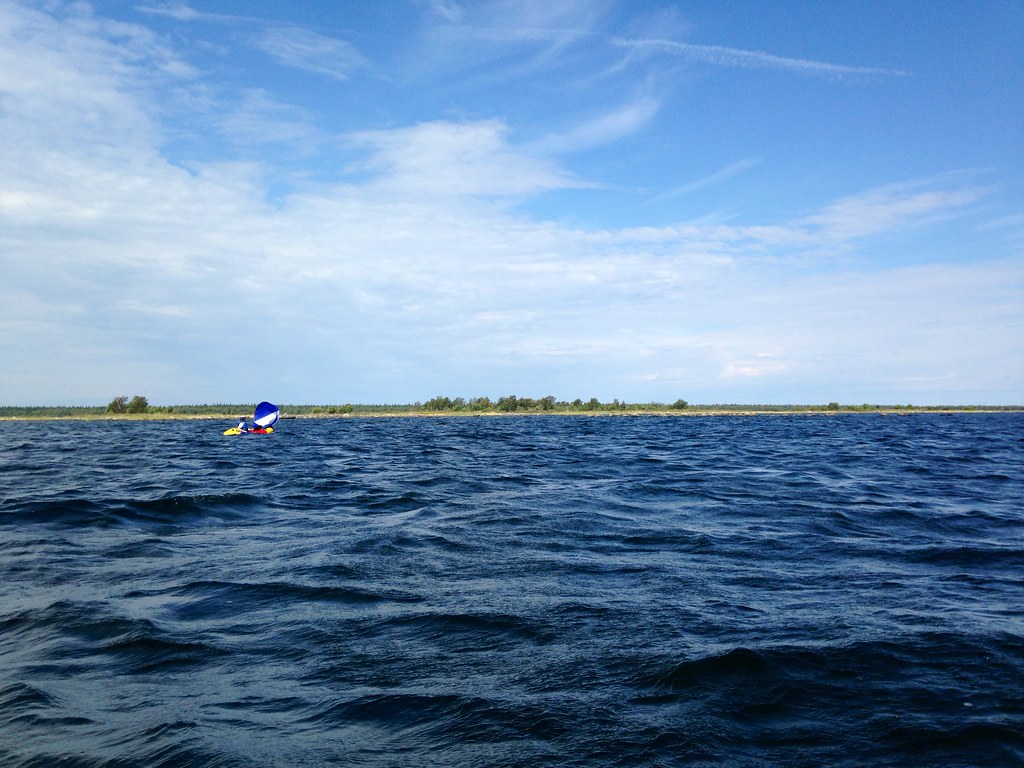 Svedjehamn harbour is a 45 minute ride from Vaasa and was quickly picked as a starting point for our little Pack-Sail-Rafting trip. I’ve been here before a few times, while it was the first time for Joni to be at this most distant point on the archipelago which can be reached by car. We paid for the parking ticket (2€ for 4h, though I doubt anyone checks) and headed off to the harbour. Packrafts were inflated, gear stored, Anfibio Buoy Boy Vests put on and then we boarded our vessels. 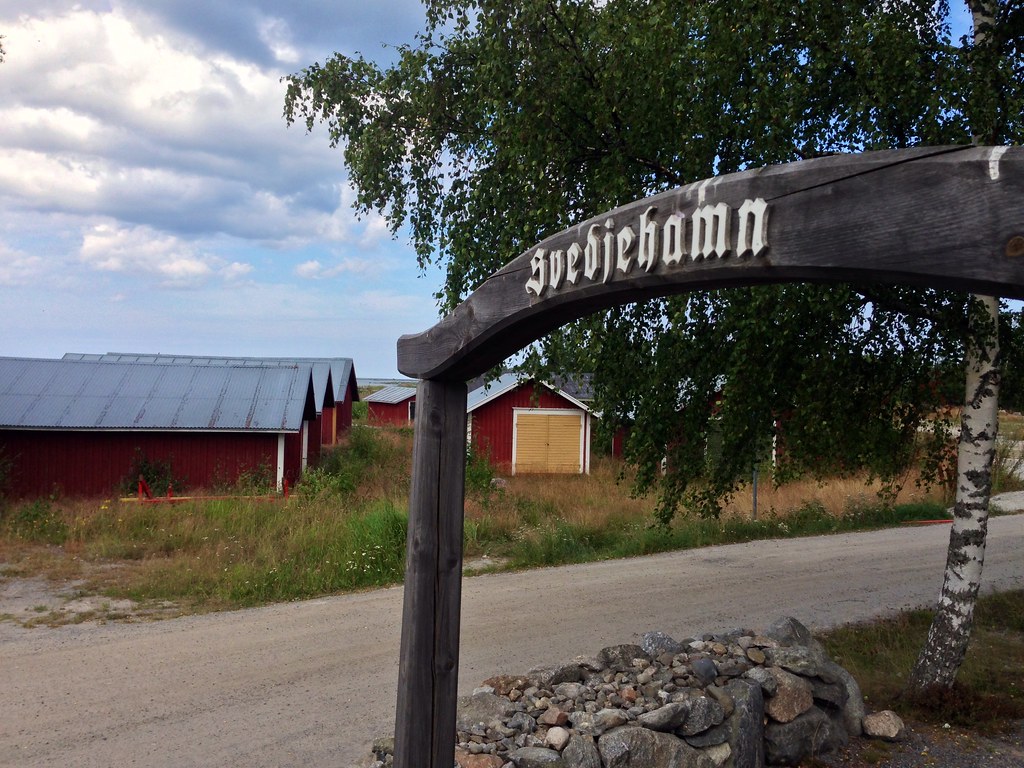 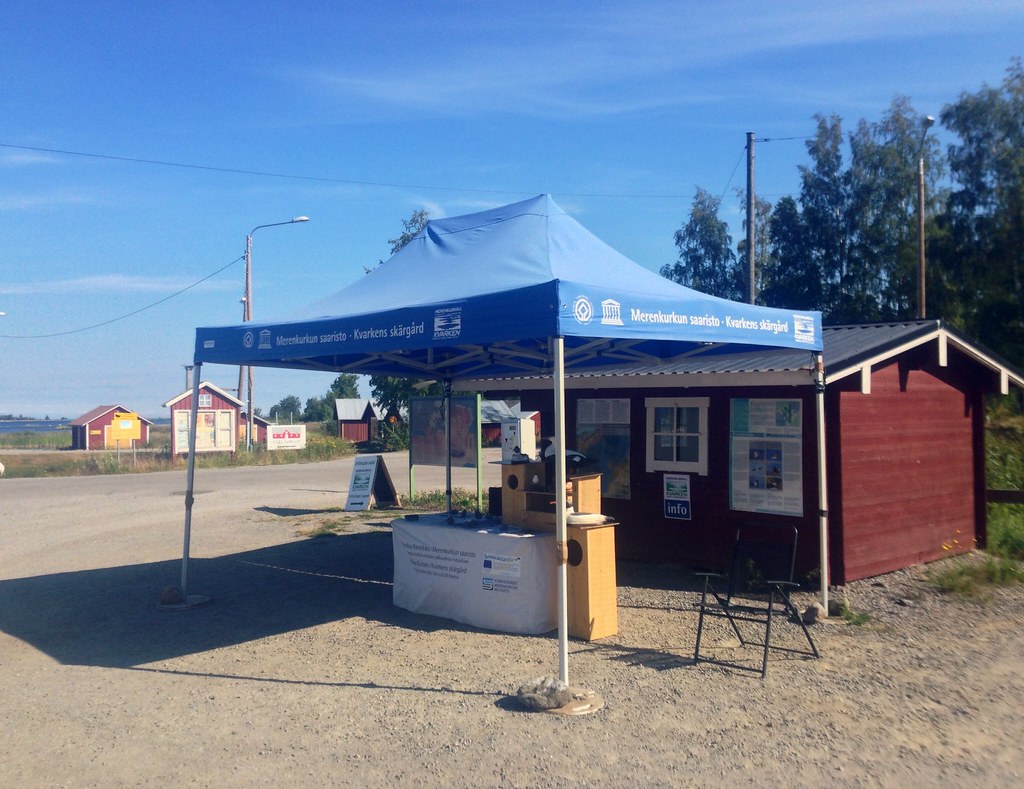 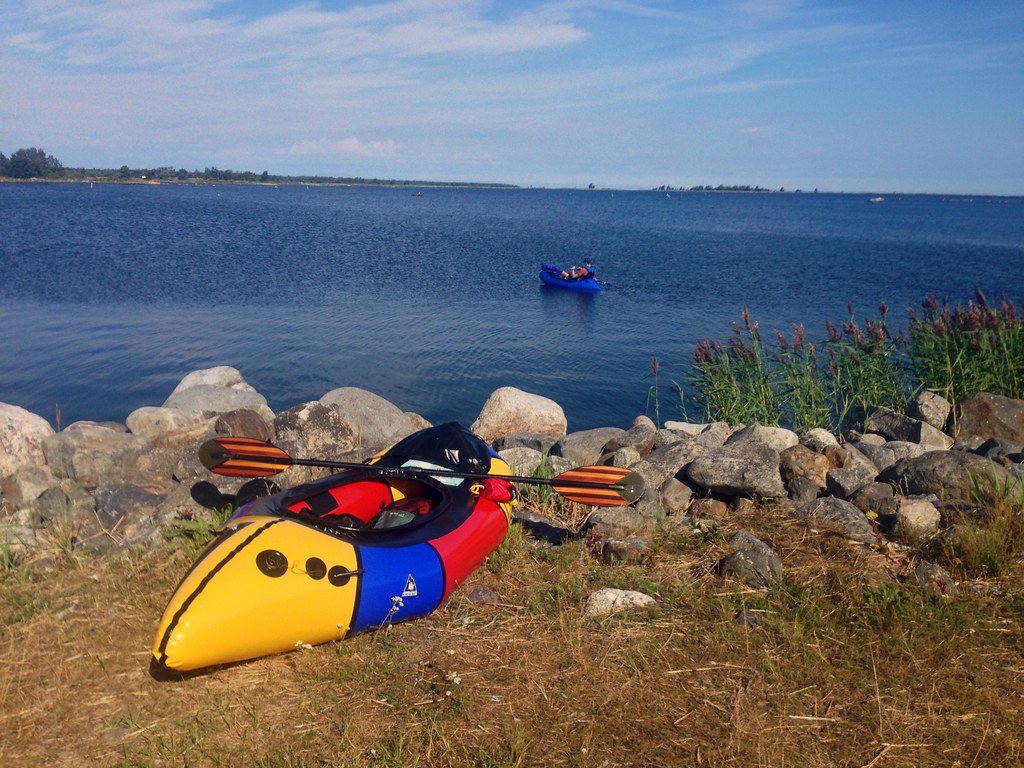 Joni had the WindPaddle Cruiser Sail attached to his Llama and we quickly saw that the Anfibio Throwbag is a great multi-use item as it worked well as a towing-rope. There were two White-tailed Eagles making their rounds above us while the wind transported us in no time across the water. We stopped at one of the rocks protruding from the sea - which is very shallow in the Archipelago - and attached the WindPaddle Sail to my Yak. I got some quick instructions on its use and then I was off. 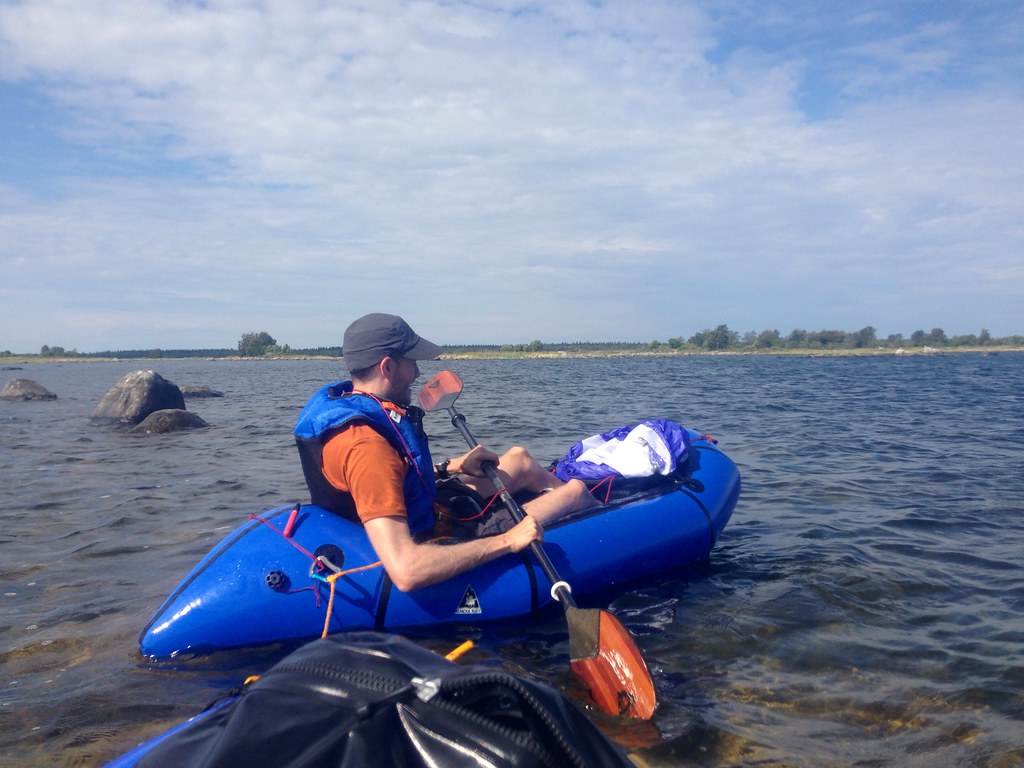 It was superb. I’ve never been that fast in my packraft without needing to do anything. Balancing the sail behind my head and keeping it in the wind while steering with the paddle I quickly reached the outer limits of the moraines that criss-cross the archipelago here. I stopped and waited for Joni, we had a look at the map & clock to decide what to do next. 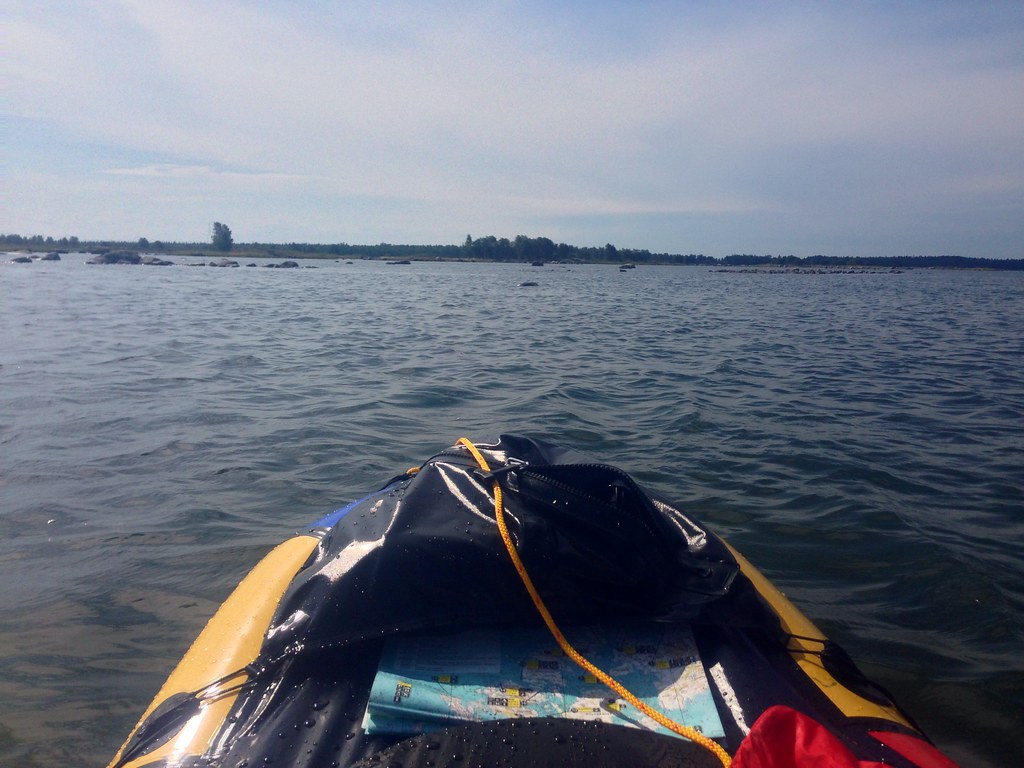 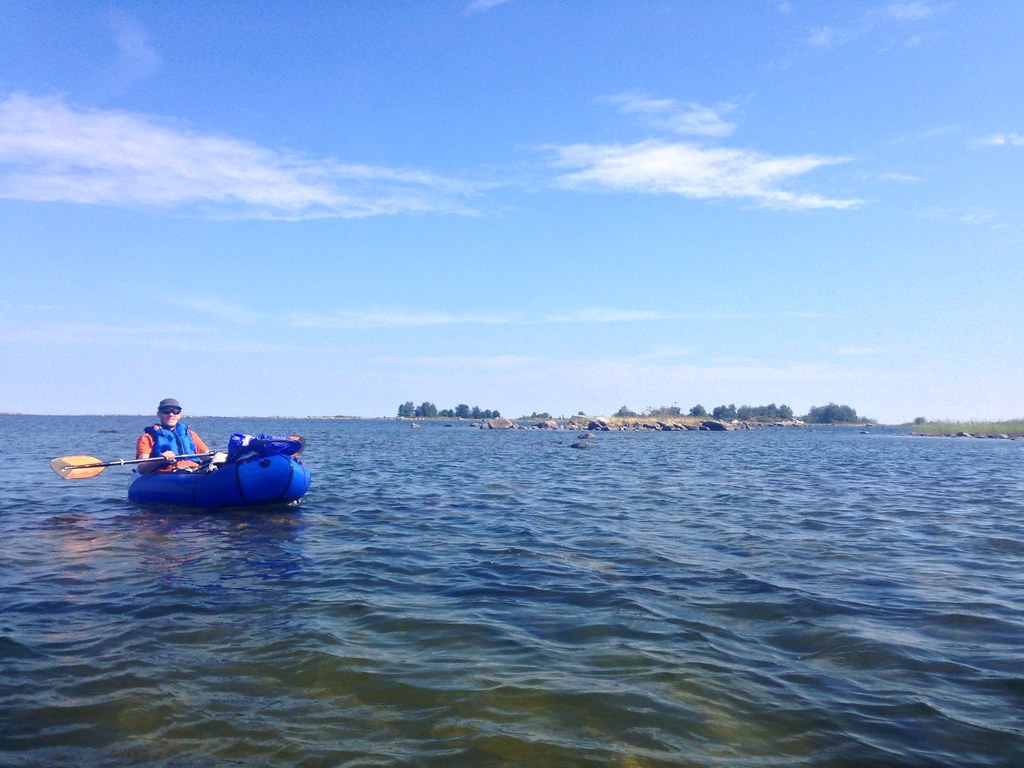 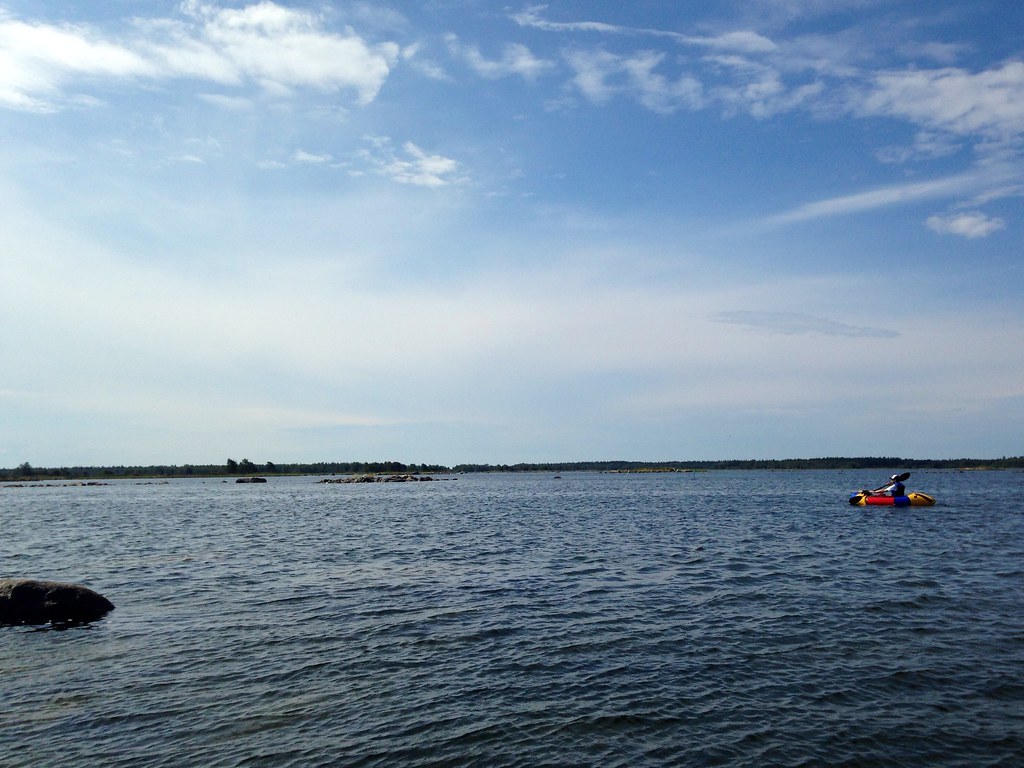 We switched the sail again to Joni’s Llama and took a bearing to the West, as much as the wind allowed. But as the wind did blow more to the north, Joni stashed the sail away after a while and we paddled onwards, west-wards. 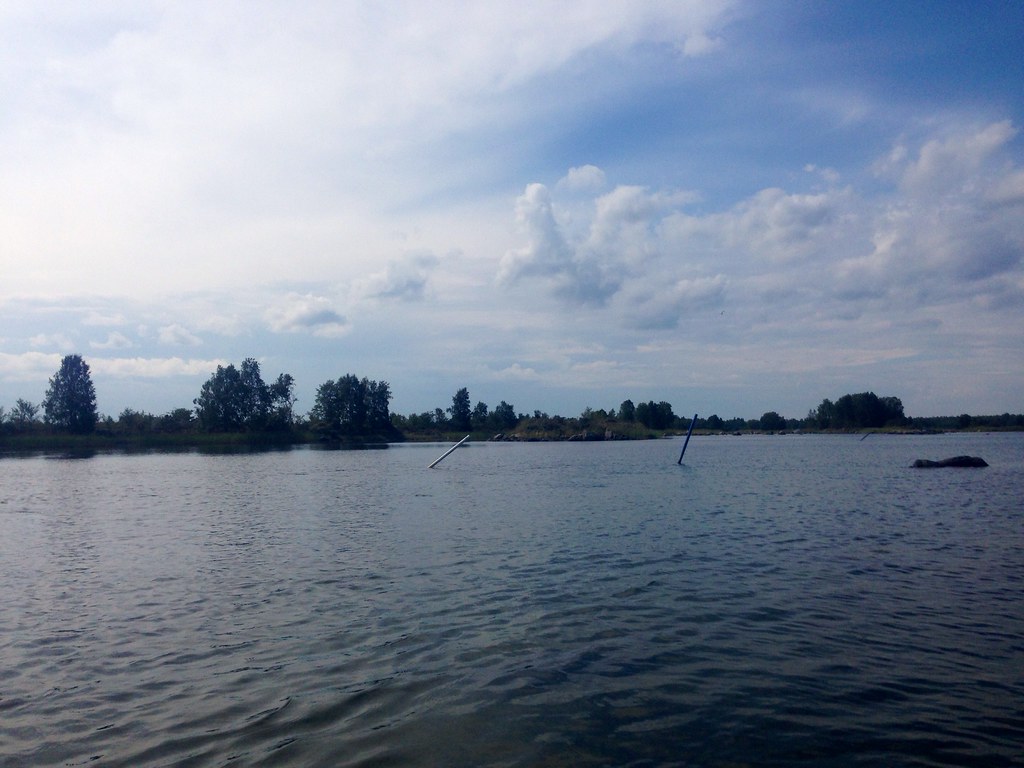 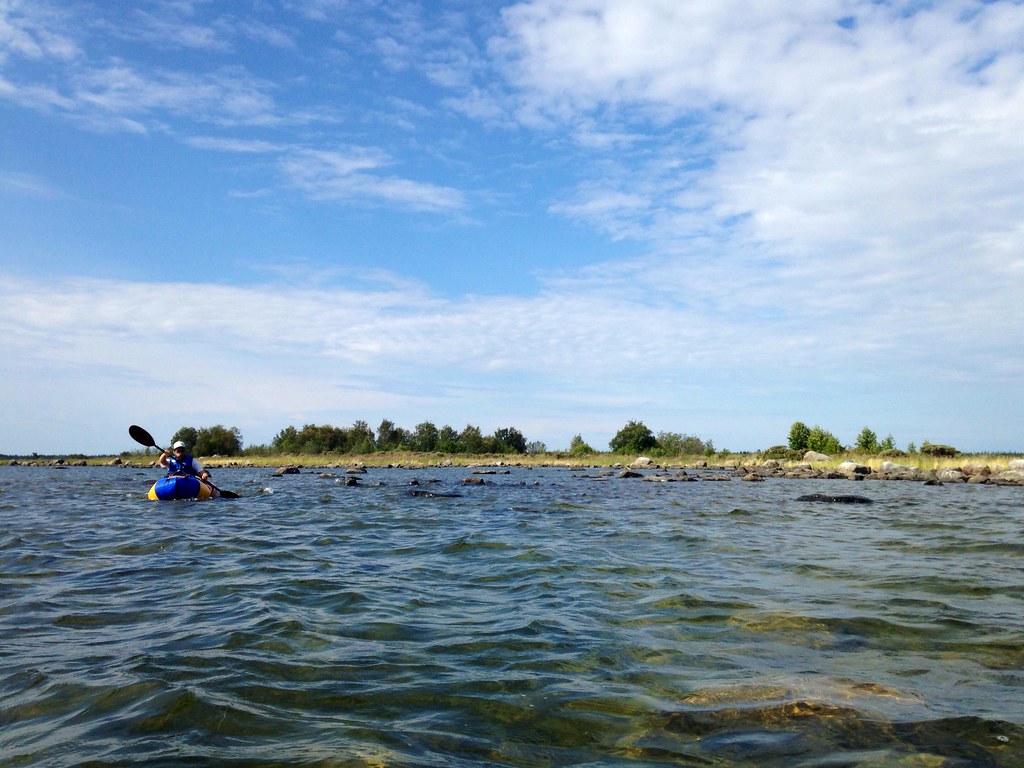 We crossed loads of shallow bays where the water wasn’t much deeper than 50 cm - often less. But with packrafts this wasn’t much of a problem - if you got stuck on a rock you just pushed yourself loose with some momentum & were free again. We paddled until we were in a dead end & then had the option to paddle around the ridge or cross it. We decided for the latter - that’s after all the beauty of packrafting, that you can just land at shore, shoulder your raft and walk onwards. 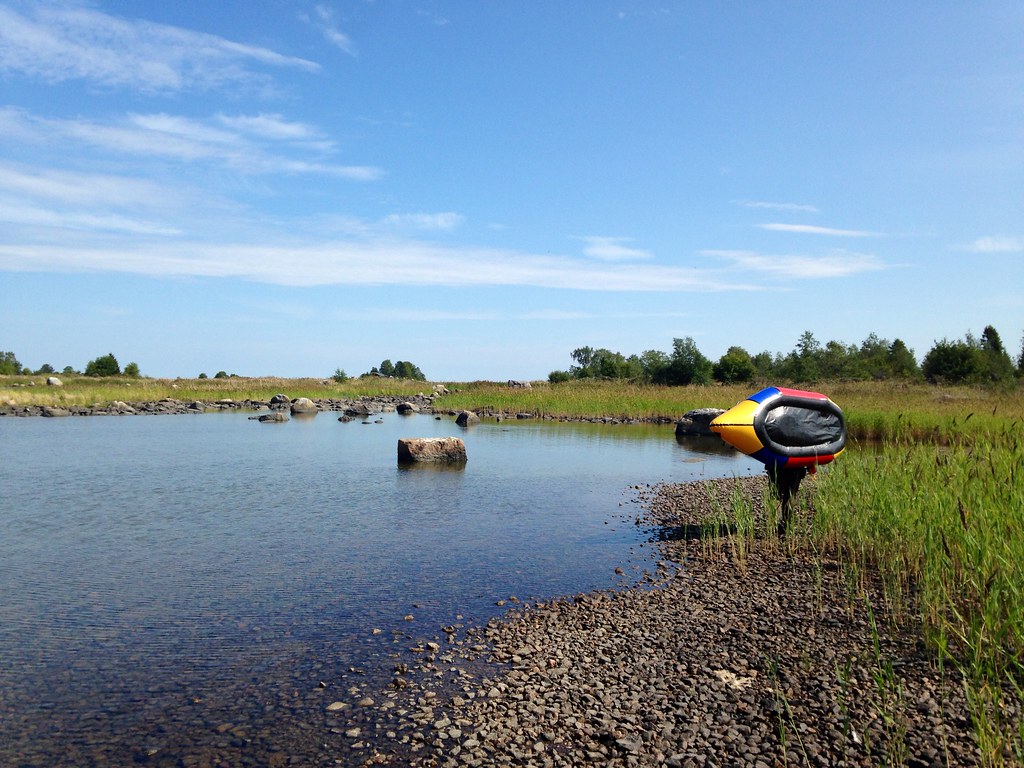 It was a short hike along the beach and through very high reed with a high amount of horse flies, so we were happy as we reached the water again and could continue paddling, leaving the biting insects behind as fast as possible. 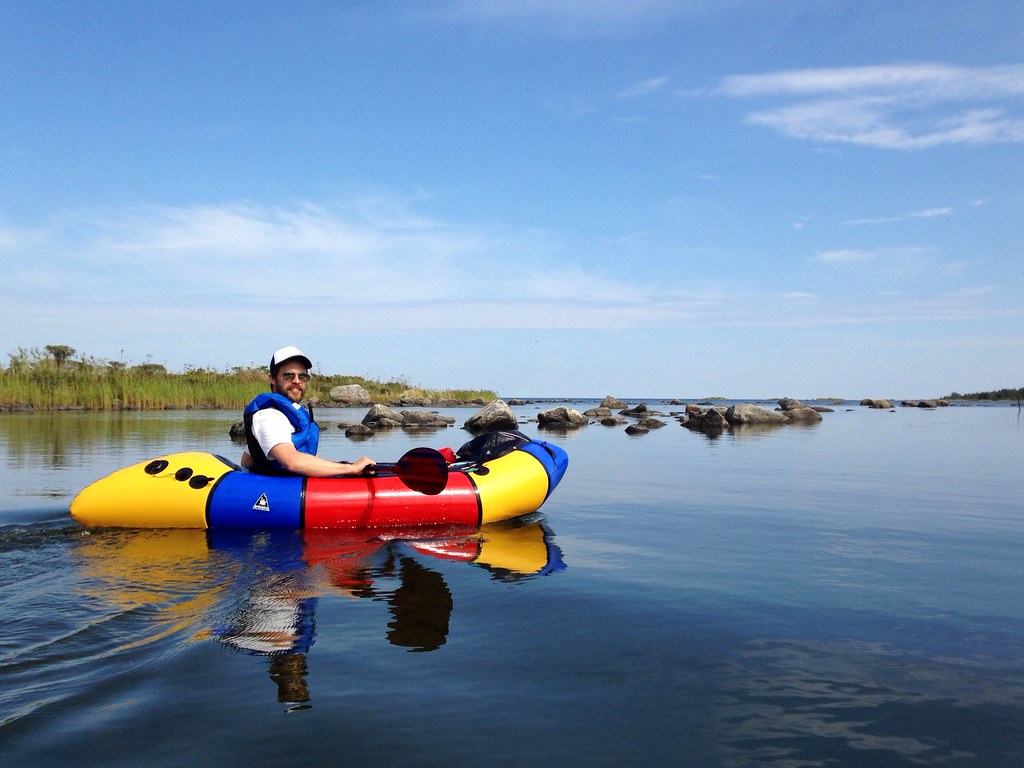 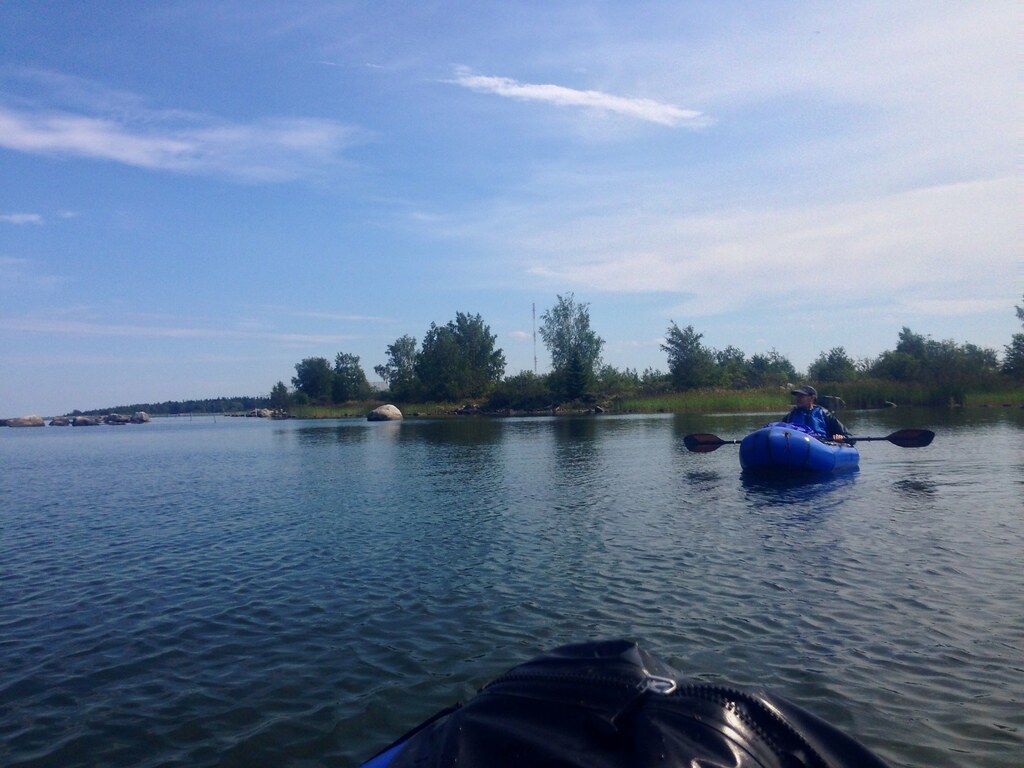 We paddled between the moraines which made for nice, calm paddling. Just the final bit was in strong head wind, but thanks to the new design of the Alpacka packrafts which run so smooth and straight it wasn’t much of a problem. We arrived back in Svedjehamn after having paddled and sailed six kilometre which felt like just two - funny how distances on the water can be so deceiving. Back on terra firma we packed up as the sky was darkening and the thunderstorms which were forecast started to make themselves known. We packed the car, snapped some more photos and then were off back to Vaasa, where thick rain drops welcomed us.

It was a fun day out and a WindPaddle Sail is now high on my list. I’ve had it since last year on the radar as three Spaniards crossed Scotland by packraft with the WindPaddle Sails but dismissed it then, but trying one I think it’s an excellent way to efficiently travel by packraft - if the wind goes your way. Thanks Joni for letting me try it! 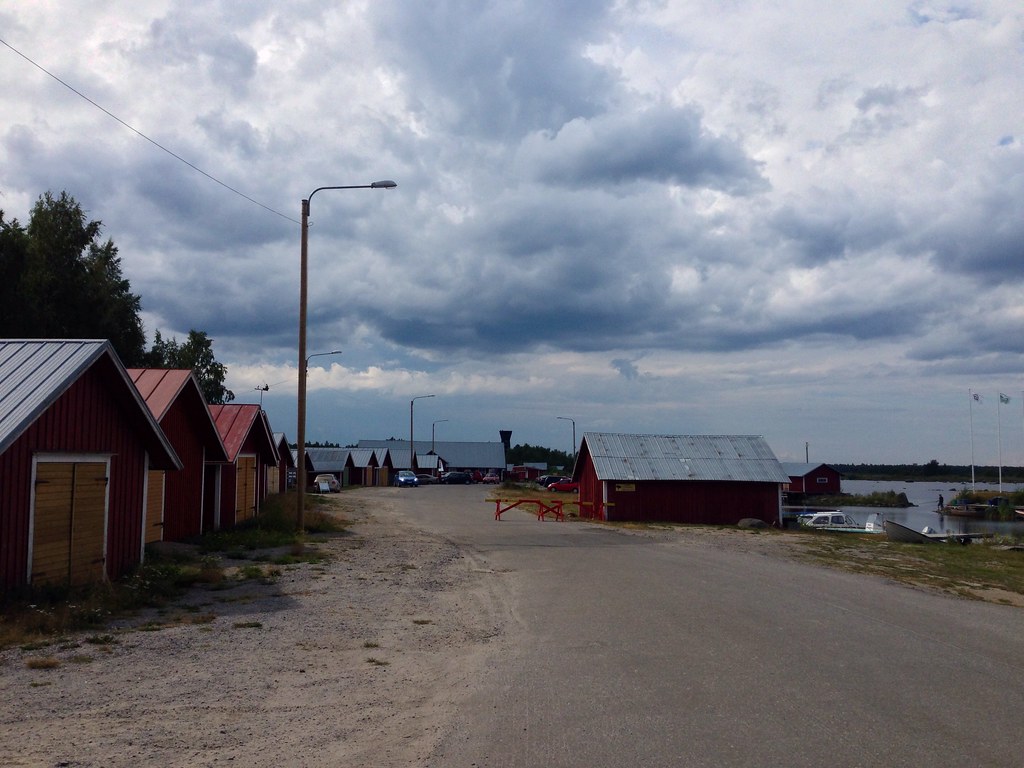 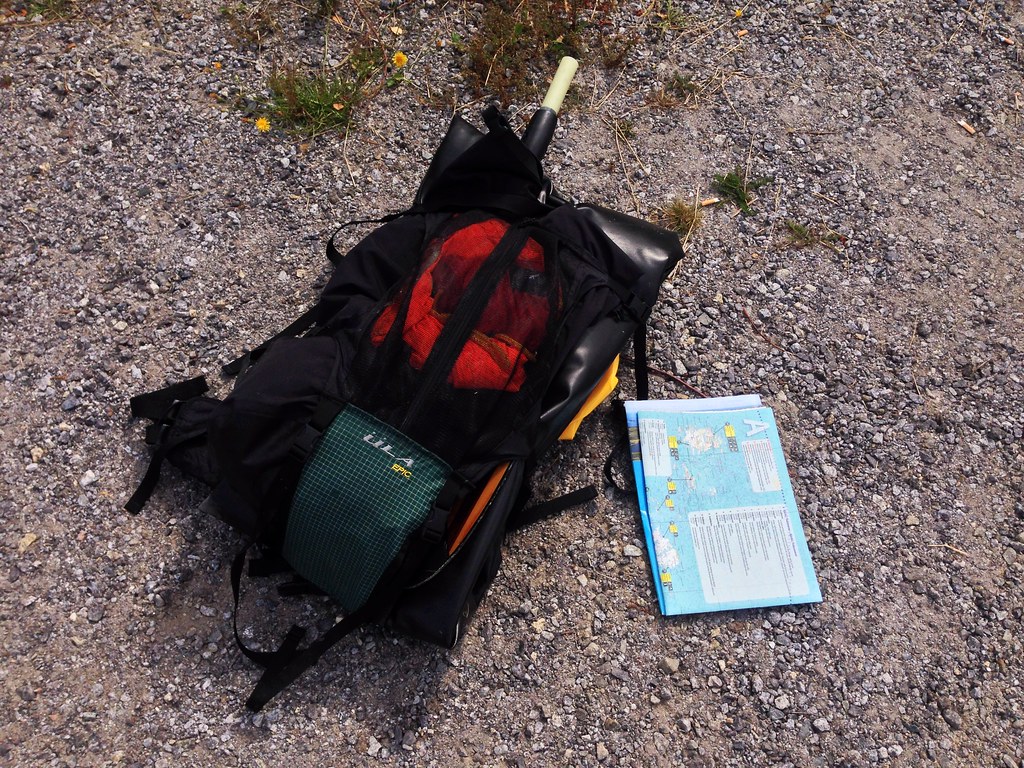