I have to agree with Craig Medred: Many of today’s cardboard-cutout adventurers only dream of adventure. Dick Griffith, on the other hand, has traversed unexplored canyons in a packraft and has skied solo across thousands of kilometres of the Arctic. All of it without sponsors. All vividly documented in his journals. And now for you and me to read about in this fine book. 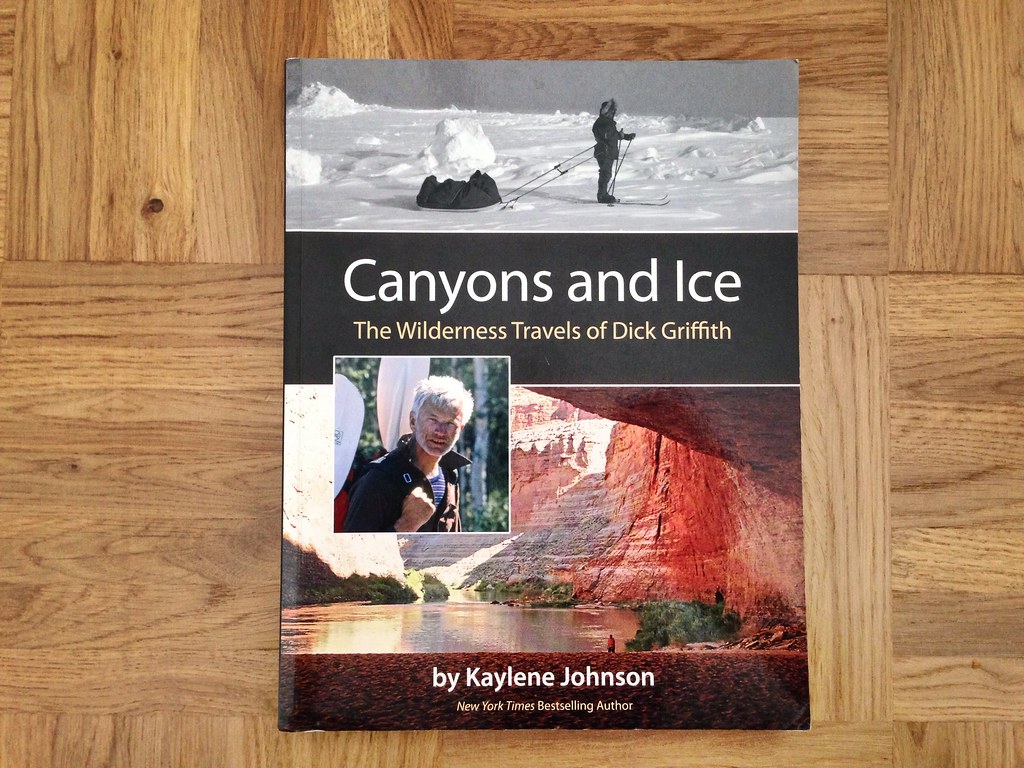 Canyons and Ice: The Wilderness Travels of Dick Griffith is written by Kaylene Johnson and is based on the journals Dick and his wife Isabelle have written on their trips, while several of their contemporaries & their children also have contributed to the book. It is very captivating, written in the third person and contains 17 of his adventures. If you’re by now wondering who that Dick Griffith is: The pioneer of packrafting who has done the first descend of the Barranca del Cobre canyon in Mexico (without topographic maps!), a 17 times participant of the Alaska Wilderness Classic and a man who has walked & skied over 6000 miles (that’s over 9.650 km) across the Canadian and Alaskan Arctic. All of it paid out of his own pocket and not looking for recognition. Inspiring stuff.

The first story in the book takes place in 1946 and we accompany a 19 year old Dick on a walk in Colorado along the White River, which started out on a home-made wooden raft that sunk on the first day. But already two years later we stand with Dick at the shore of the San Juan River and accompany him on a rafting trip down it. The following five chapters contain stories from various river exploits and we learn how packrafts got used for the first time on large rivers & in tight canyons. We meet Dick’s wife Isabelle, encounter Tarahumara Indians and make a few first descents down deep canyons over hard wild water. 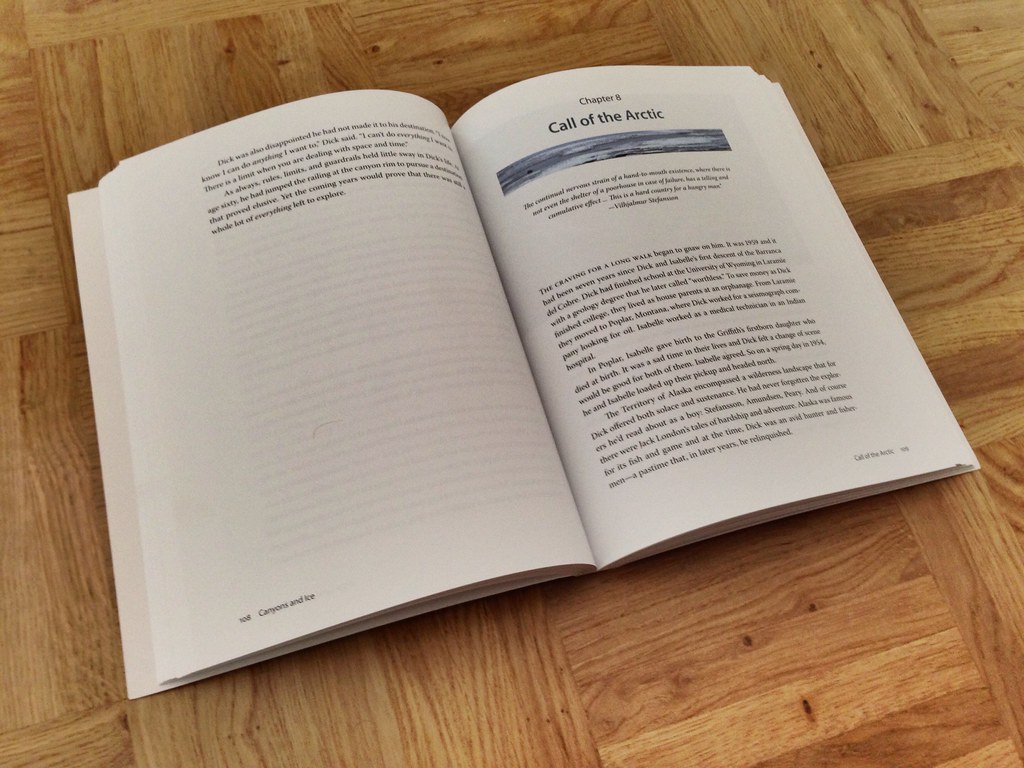 After so much water the stories turn north and we accompany Dick on his first Arctic skiing expedition. On which he almost dies - lets say frostbite on your buttocks and legs is no fun. The photos documenting this mishap I will remember for a long time, as well as the lesson that you always should have a windproof pants on when venturing in the cold Arctic and there’s a stiff breeze blowing. After a few operations we accompany Dick on several more Arctic expeditions, where we encounter ice bears, rabid foxes, hospitable locals who can’t believe to encounter a white-haired man skiing alone through the frozen north. The photos are pre-digital and fit the stories very well and depict the people Dick met and travelled with, as well as the landscapes he travelled through.

The untamed wilderness is what drove Dick to explore. Being with his own thoughts. Recharging the batteries. Much of the same reasons many of us go out. If you’re in need for a book to keep you entertained - and you will be, it’s a gripping book that’s hard to put down - before your next trip, you should read this book. You can get it at Amazon.com, Amazon.co.uk or Amazon.de.