Would you like a camera that goes from wide angle to super zoom up-close with just one lens for your outdoor adventures? Then look no further than the DMC-FZ1000, Panasonic’s Super Zoom with a super-sweet Leica 25 - 400 mm lens! 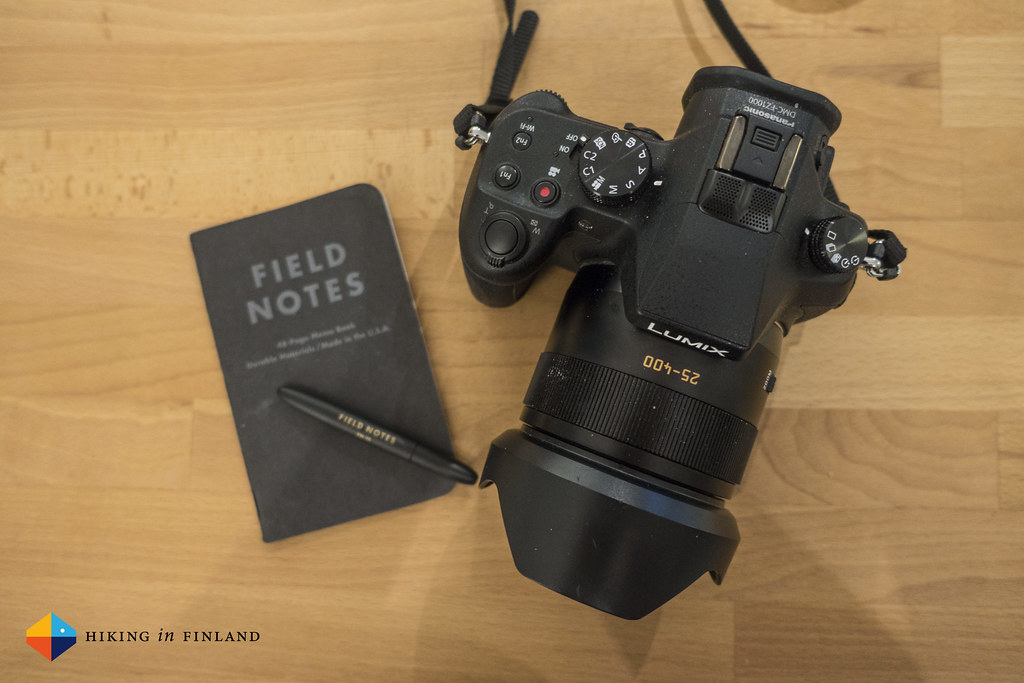 Panasonic suggested I try their new Lumix DMC-FZ1000 Super Zoom camera and see how I liked it for my trips. I was a bit sceptical at first - it’s a big camera for me, lenses can’t be switched and I wasn’t sure if I need a 400 mm long lens. But always curious to try something new, I agreed to take the camera out for a few trips - that was in autumn 2014! It’s been a longer than usual loan, which probably gives you already an idea that I do like to use this camera. And not just I like it, a couple of photographer friends comment that the Leica lens on this camera makes pretty sweet photos with nice colours and contrasts. But from the start. 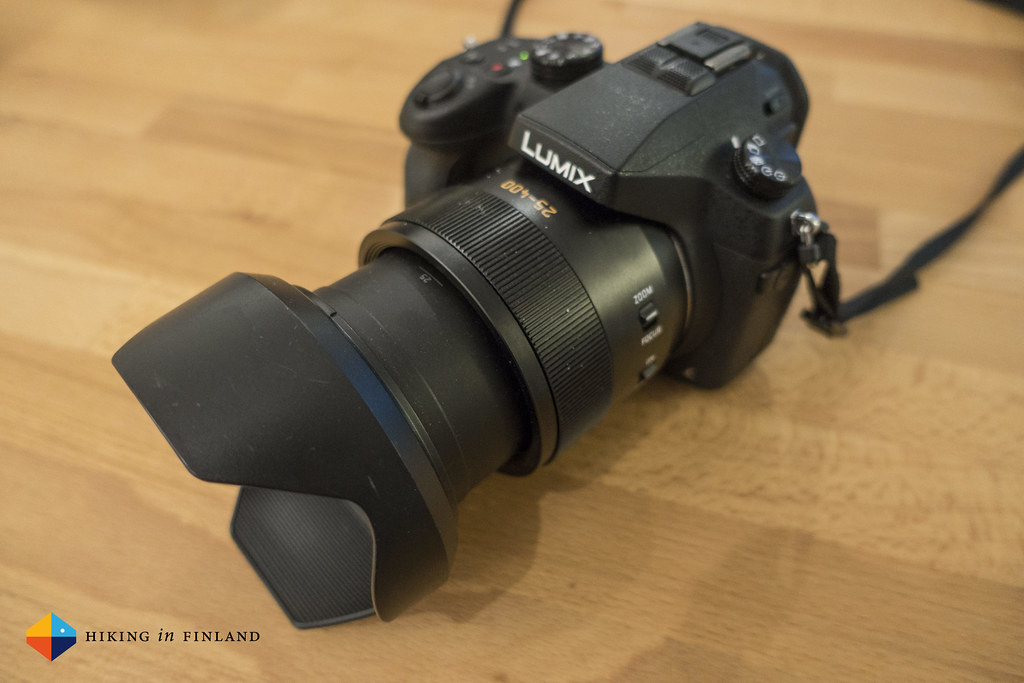 As with the Sony RX 100 III, first a look at my (updated) requirements for a camera:

The DMC-FZ1000 weighs with lens shade (23 g), battery (51 g) and SD Card (7 g) 854 g total. Add in your strap of choice and a Peak Design Capture PRO plate and this will be around 900 g for the camera et al. That’s more heavy than other cameras I use, but still lighter than a modern Full-Frame DSLR which often weighs around 1,5 kg with a standard kit lens. Add in a 400 mm lens and you might look at complete weight of over 2,5 kg or more - nearly three times the weight of the Panasonic DMC-FZ1000. Overall I didn’t find the weight a big deal, though it’s bigger than my usual cameras which during transport sometimes is a bit more of a hassle. 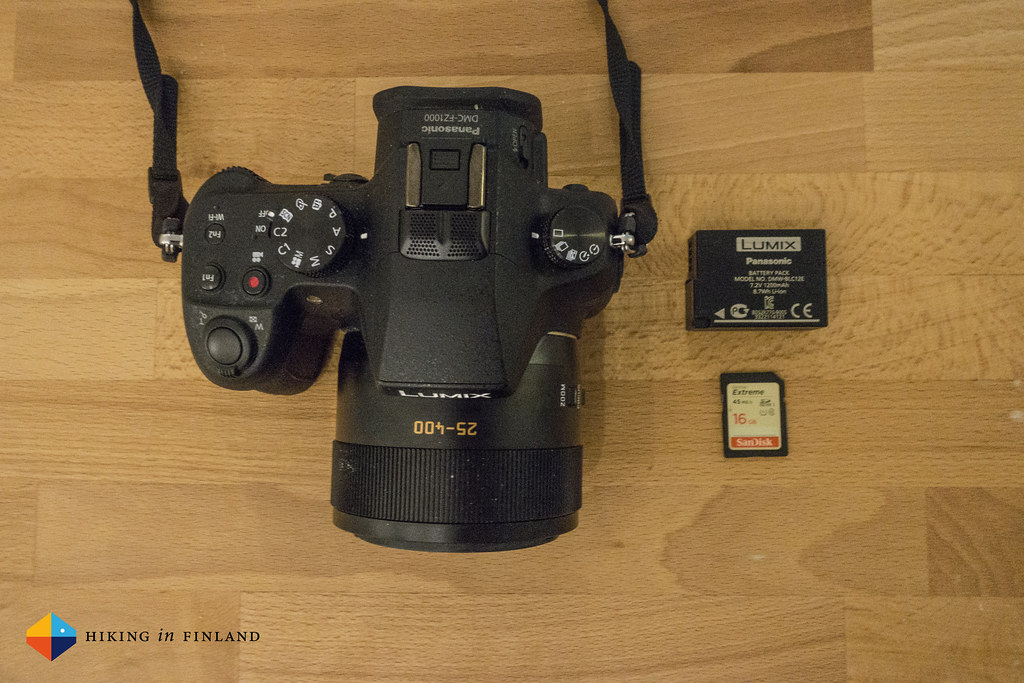 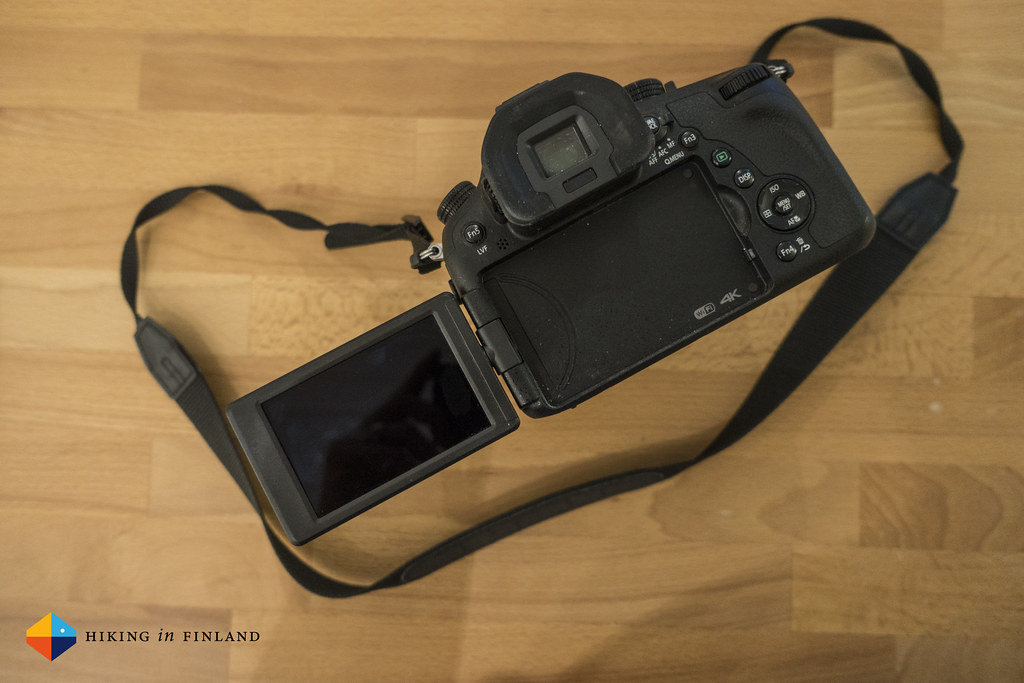 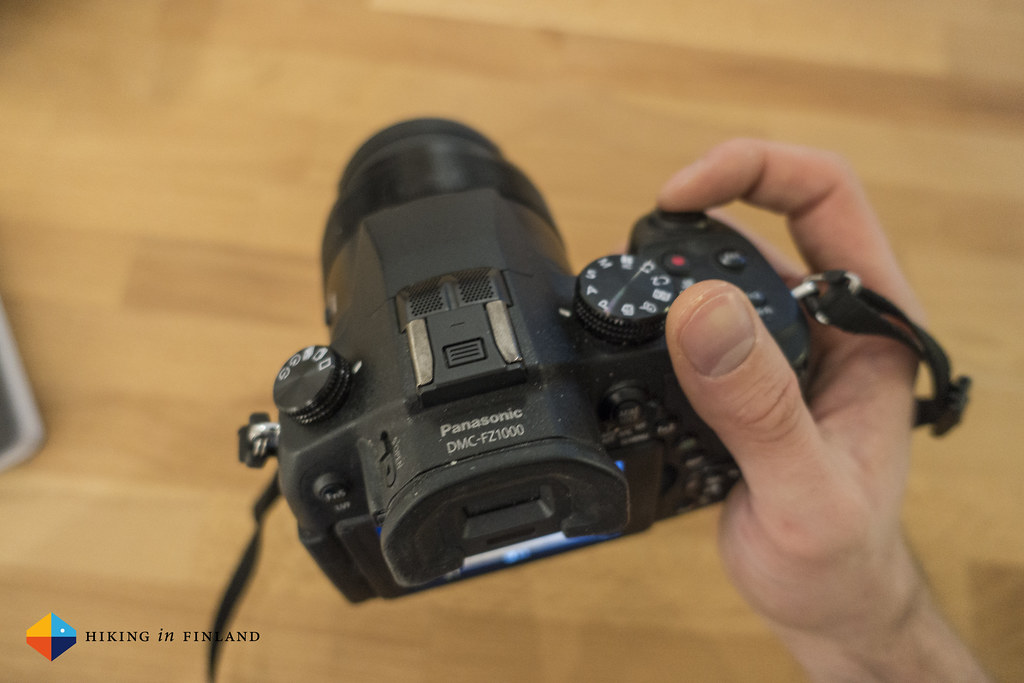 The handling however is very nice. The shutter button sits comfortably at the front on the protruding hand grip, where also the zoom lever is. The camera zooms fast and the focus is quick. Something I really like is the silent shutter, the camera can take photos completely without noise, which is great if you photograph in nature or do street photography. For a full-on look at the technical details I as usually send you to my colleagues of DP Review, who gave the Panasonic DMC-FZ1000 their Gold Award and loved their 1-inch sensor which produces excellent image quality. Besides the 1 inch sensor I would blame that great image quality also on the superb Leica F2.8-4 lens. 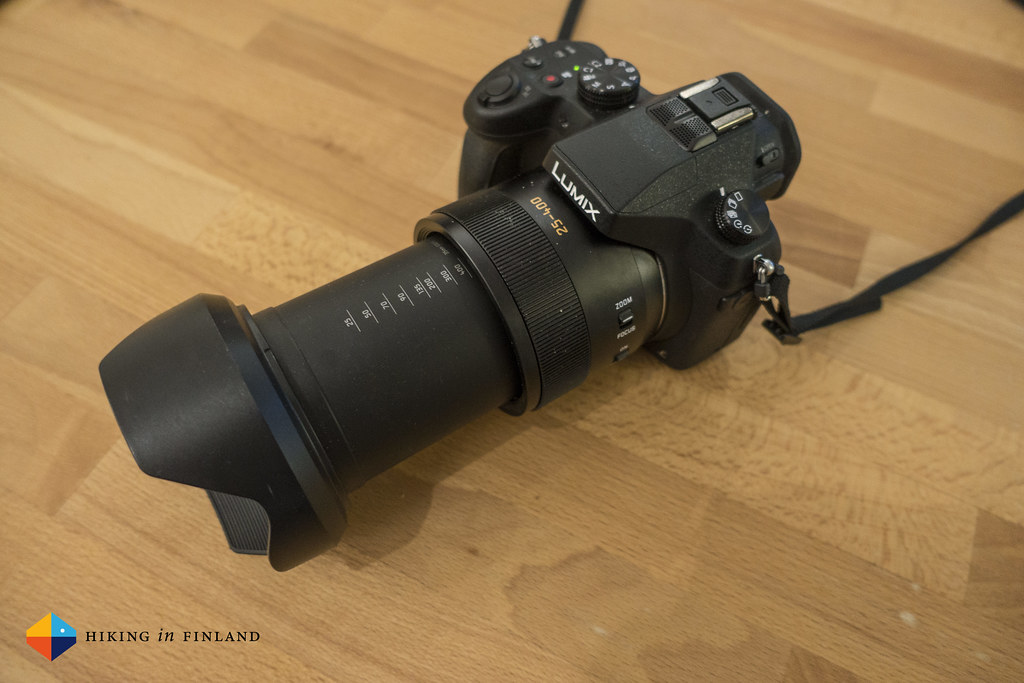 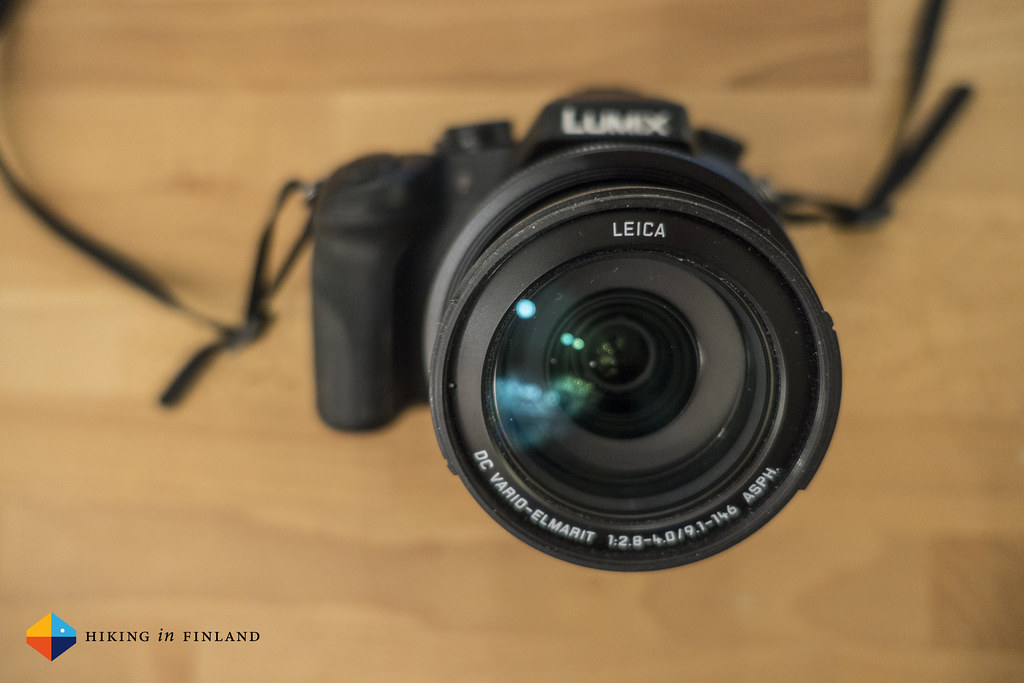 The results of the lens + sensor + creative photographer means you get stunning images in print-quality. Over the year that I have used the FZ1000 the photos I shot with it have appeared in half a dozen or more magazines. The camera shoots in RAW with the files ending up between 18 and 23 MB in size after converting them to DNG. The battery life is also pretty good, I usually get three to four days of use out of the battery, or around 600+ photos. That high number is likely due to the fact that I rarely review photos on the go or watch photos from the screen. 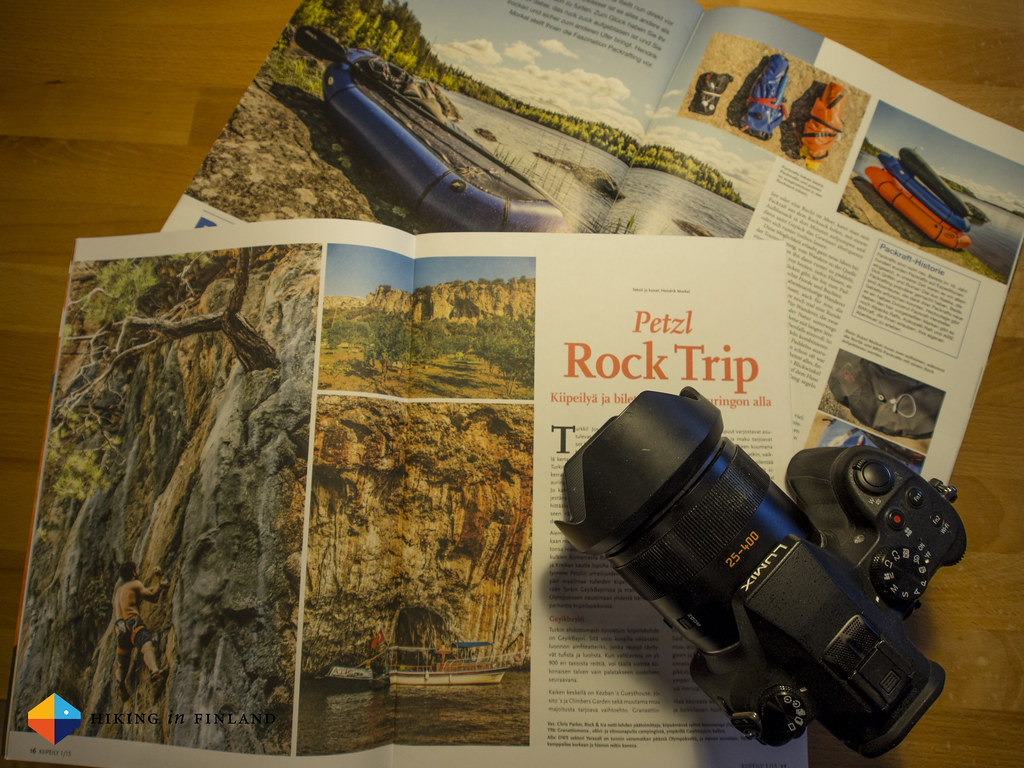 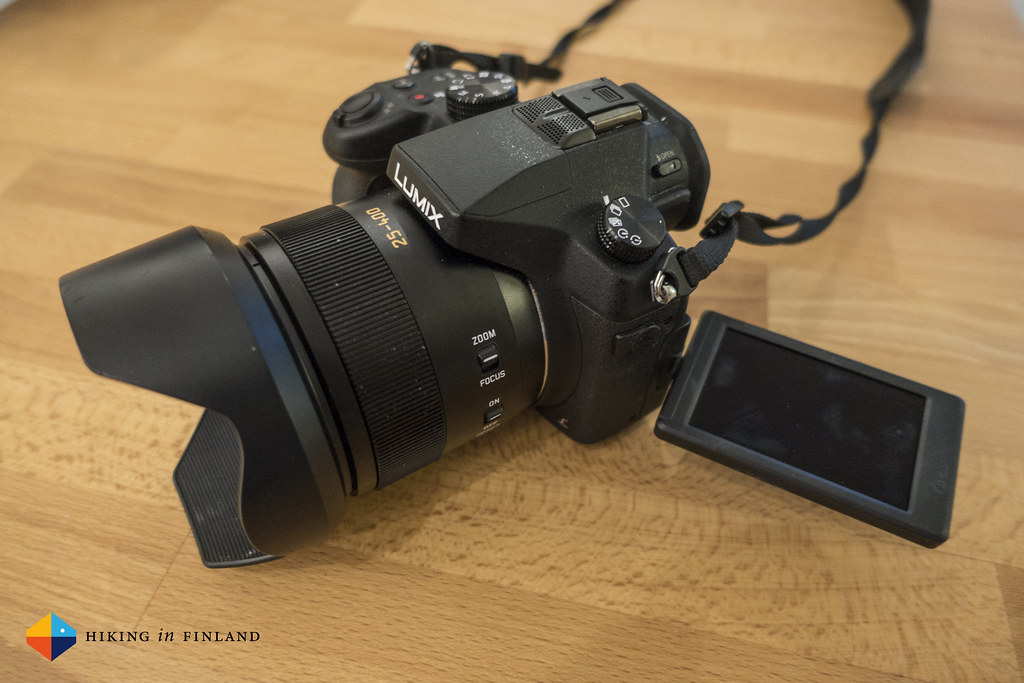 Speaking of the screen, it’s a swivel screen that turns 180° to the front as well as up & down which makes it great for filming yourself, shooting low on the ground or above your head. If you use the screen (which isn’t a touchscreen) or the high resolution XGA electronic viewfinder you have the possibility to let a “water-level” be displayed which shows you if your frame is aligned evenly to the horizon. I found this at the beginning a bit annoying, but as I often take photos on the go I started to like this feature quite a bit and found it very useful. Unless I was shooting from above my head or low on the ground I was by the way using the EVF which I found very comfortable. It has a large eye-piece which blocks out the outside light fairly well, and the small screen is high in contrast and is also easy to check or review a frame from.

Around the big lens there’s a very nice focus/ zoom ring which is easy to use if you’re into manual zooming/ focussing. I myself prefer the lever and using the cursors to set focus points and let the camera get it, but if you want to be more hands-on I can see how this might be useful. The lens also has an Imaging Stabilizator which can be switched on and off and comes in handy if you’re shooting at 400 mm handheld.

A feature which I really like is the Timelapse function. For some of my work it is important to be myself in the photo, and as I didn’t want to buy a remote for the FZ1000 and didn’t want (or could, as I was shooting myself packrafting) run to the camera for the self timer the Timelapse function is a great feature. You can set in-camera the amount of photos the camera should take as well as the time between shots - say take 200 photos, each 5 seconds apart. The FZ1000 then either assembles the images in-camera into a timelapse movie and saving you a work step on the computer, or you can just let it save the photos separately. Either way, it’s a great feature that I find very useful - both for photography and making Timelapse movies. 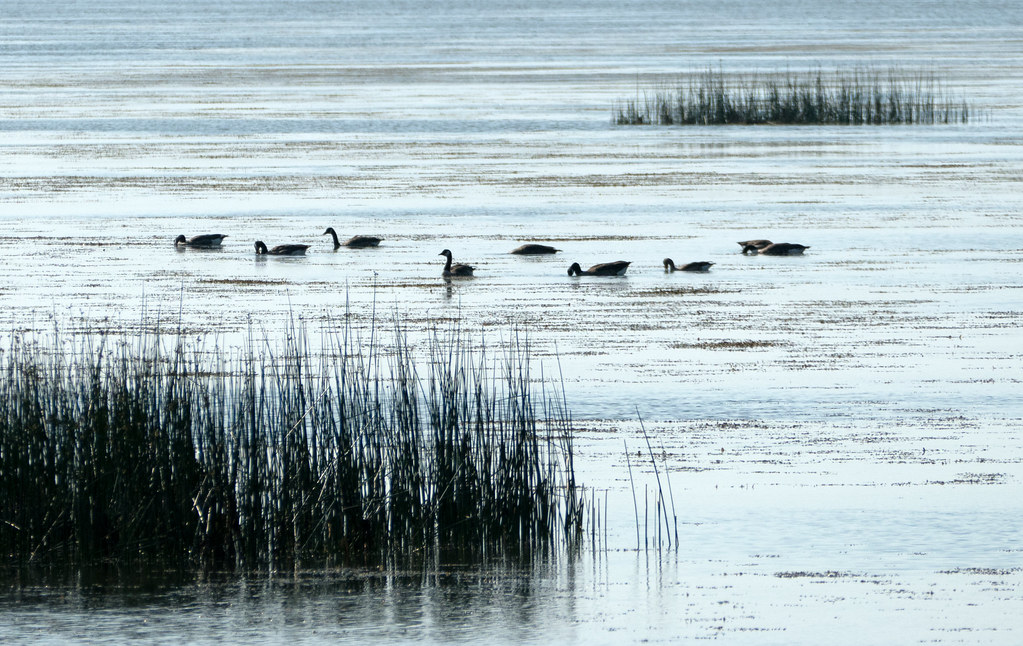 So lets look at some of my other requirements and see how the DMC-FZ1000 performs there: 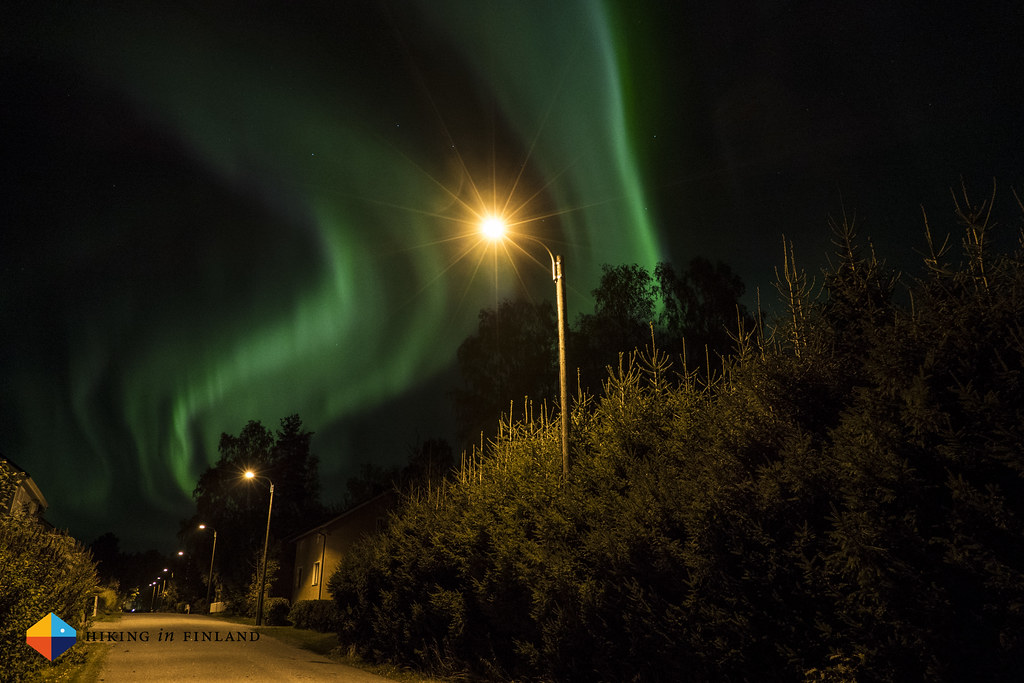 Once you figured out the settings it is surprisingly easy to take beautiful photos of the stars and aurora borealis, as the above photo shows. 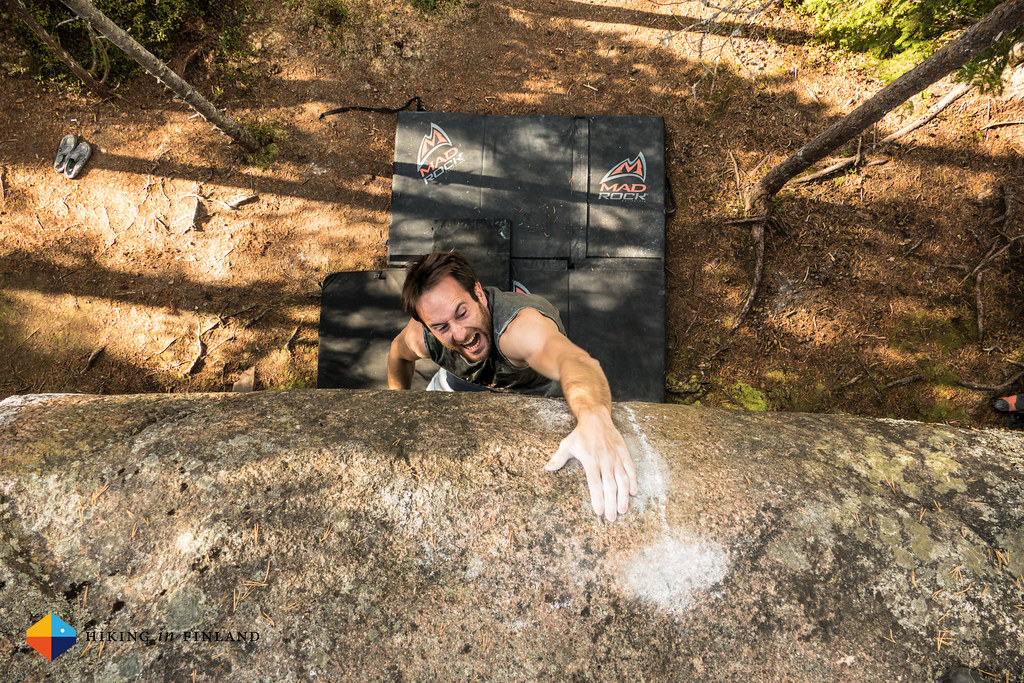 The FZ1000 can shoot 12 frames per second (fps) which is great for sports photography. The Autofocus is snappy and fast which means you end up with more usable shoots to pick your frame from.

Press the red button on the top of the camera and you start filming, or switch the dial to the Manual Movie mode to have some more control over the settings. The output in HD is crisp and beautiful with superb Stereo sound, and you can take photos while filming without interrupting the movie. The FZ1000 can record 4k Video at 100Mbps so if you’re dealing in high-quality video this camera is ready for it. If you want an external Microphone - you’re in luck, that also can be attached to the Hotshoe and has a jack on the left side. 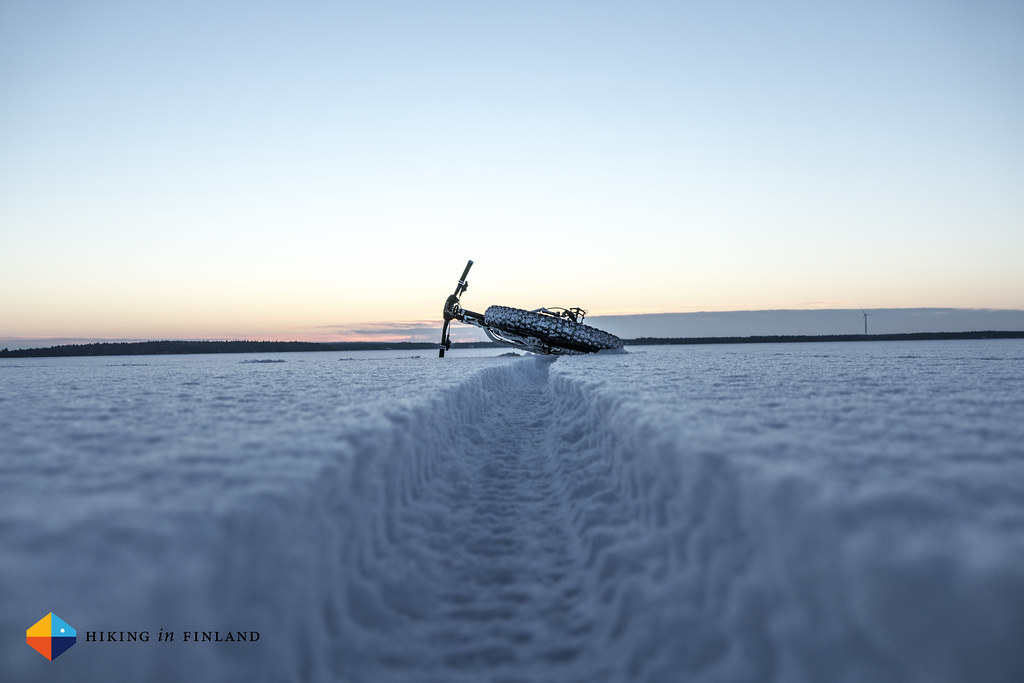 So what are the short-comings for an outdoor photographer with the DMC-FZ1000? Well, it is chunky. Chunky and big like a DSLR, although that allows for a good handling. I also would have wished that it would have had a constant maximum aperture, and maybe that it would have had a Bulb function and be compatible with my Pixel Wireless Shutter Remote. The list is pretty short, because the FZ1000 has a lot of good sides. 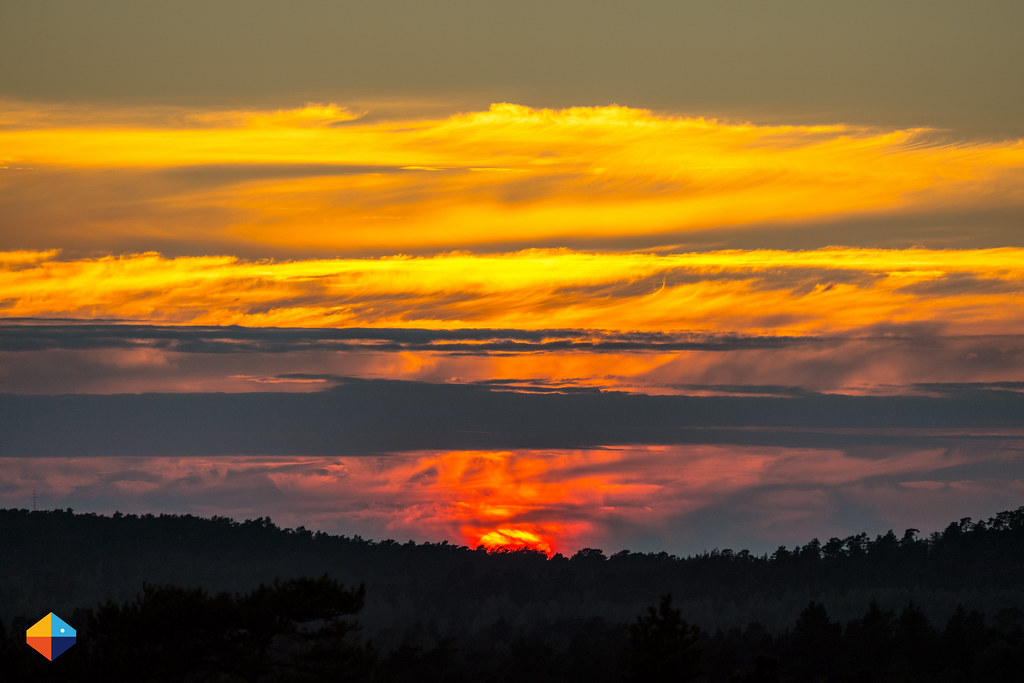 The Panasonic DMC-FZ1000 has a lot speaking for it: Great images out of the camera, 4k Video, an awesome Timelapse function, the superb Leica 25 - 400 mm lens with f2.8 to 4 and a very intuitive and easy handling. Yes, it is a bit more heavy and bulky in comparison to other system cameras, but if you want a large focal length spectrum without carrying a couple of lenses then the FZ1000 quickly is lighter than a system with comparable lenses. The Autofocus is very fast & reliable which is great if you photography sports or kids. Did I already mention the beautiful photos it makes? Well, it does make very good photos with vivid colours which can be printed in large sizes. If you want a camera quiver of one and don’t want to deal with carrying more lenses for different lengths, the Lumix DMC-FZ1000 is worth a look.

View more photos taken with the Panasonic Lumix DMC-FZ1000 in the DMC-FZ1000 or Kronplatz Album on Flickr.

You can support Hiking in Finland and buy the Panasonic DMC-FZ1000 at pictureline, Amazon.co.uk or Amazon.de or get it from your local photography shop. 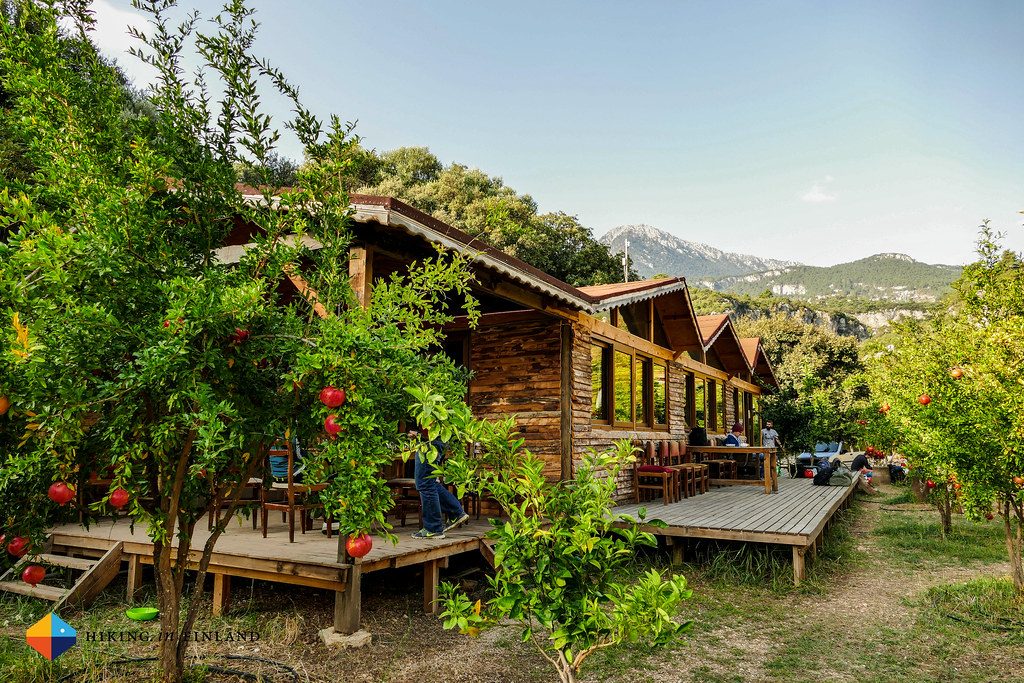 Thanks to Panasonic Finland for loaning me the DMC-FZ1000 for this Field Report.