A rather fortunate coincidence that the next interview is with Ron Moak from Six Moons Designs. Fortunate, because Ron just announced the upcoming products for 2010 and the new website just went live as well, and as soon as the weather in Oregon clears up there will be even videos of the new gear! But before you go and check out the new look and products of Six Moon Designs, take your morning coffee and enjoy this interview with Ron! 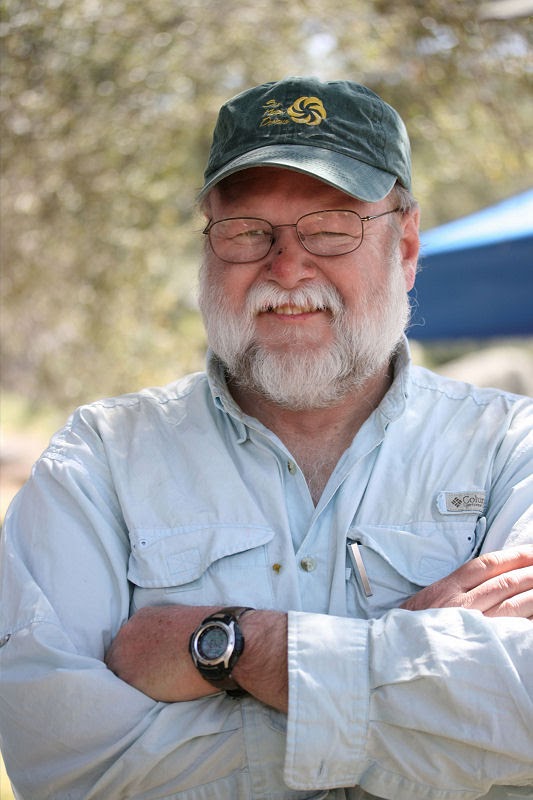 My first backpack trip was in the late 60’s. So you can say my career spans some 40 years. There were a number of years in the 80’s and 90’s I didn’t get out as I was concentrating my time on career and family. After a bout of cancer in the mid 90’s, I decided I needed to get out an reconnect with the out of doors. So I rekindled my love of backpacking.

Now days I’d like to get out at least a month every year. I would have this year except I got sick on my hike and ended up spending several days in the hospital. But that’s another story.

I’ve always been lightweight. In 1977 my wife and I were the first couple to southbound the Appalachian Trail. At the start of the hike, our packs weighed around 35 pounds with 10 days of food. One advantage we had was there were few pack shops to sell you lots of unnecessary gear. Plus I was inspired by people like the legendary Granma Gatewood who hike the AT in tennis shoes and a shower curtain for a shelter. I didn’t have the guts at the time to go that extreme but worked hard at trying keep my pack weight down.

In the years after the AT, I dropped my tent for a tarp and made other gear changes. Then when I read Ray Jardines “PCT Handbook” in the mid 90’s, I learned to think about gear more as systems. This lead to other weight reductions. Now days I’m sub 20 pounds with a week’s worth of food.

Six Moon Designs produces some award winning tents, and aims to offer lightweight, high quality and affordable backpacking equipment. Can you tell a bit more about how you ended up starting the company, and how it developed since you offered your first product in May 2002?

After hiking 700 miles of the Appalachian Trail in ’97 on a 20th year reunion hike and the 2600 mile Pacific Crest Trail in 2000, I was ready for a career change. I’ve been sewing and designing gear since the late 70’s and had a few thousand trail miles under my feet, so I figured I had a good base upon which to build. I was a reasonably good self taught software engineer for over 20 years. So I felt I had the analytical skills needed to learn whatever was needed to start up this business.

Plus there seemed at the time to be a major hole in the ultralight market. Most of us were forced to make our own gear because it simply wasn’t available. At the time no one had any idea how big the potential market might be. We all did it on the proverbial “wing and a prayer” feeling.

Ron, we love to be let in on the work-in-progress stuff! Can you tell us a tiny bit on  what kind of products you're working at the moment?

Clearly to be successful in the long term you can’t just build one line of gear and then demand that customers conform their needs to your gear. Over the last few years, gear used by the Ultralight community has evolved significantly. People are quickly learning that there are many potential paths to achieving both a light pack and a comfortable nights stay in the back country.

It’s incumbent on those of us in the UL manufacturing community to expand our products to reach and ever widening audience with diverse wants and needs. This is very evident in Henry’s expansion into ultralight standalone tents. Others are taking similar steps.

We are working ultralight double walled shelters to be available early 2010. This includes a tarp/net tent combo that will easy accommodate a person 6’5” and weight in at just over a pound and a half. A two person shelter is also in the works. The goal is to expand UL principles into wider markets. There’s no reason to force a person who’s more comfortable in a double wall shelter to a single wall tent or tarp if you can accomplish their needs at a reasonable weight.

What is the most sold piece of equipment from Six Moon Designs? And where do your customer come from?

The Lunar Solo and Duo are our biggest sellers. Our customer base is worldwide with products shipped to every continent.

How easy, or difficult, is it to compete versus the mass market manufacturers?

I don’t personally try to compete against mass market manufactures. They have what they have we have what we have. I have see several larger companies attempt to duplicate some of the gear produced by UL manufactures. In every case it’s disappeared from the market in a couple of years.

Once more back to gear: Do customers inspire you with new gear ideas, for example if they tell you about a need they have and you set off to think & sew?

Our gear designs come from a variety of sources. All of the major innovations, such as the Gatewood Cape, come from me. I’m one of the few backpackers that can honestly say they hope to fail on a backpacking trip. As an engineer, I’ve found that failure breeds innovation. I can’t solve a problem if I don’t know it exist. While I do hope that my trips are enjoyable, I’m always happy where there are a few incidents that I can look back and ponder about.

Enhancements to products generally come from our customers. They will use gear differently from how you originally conceive. So I love hearing back from people on how things went on their outings. This includes both the good and the bad.

What is your own favorite backpack and shelter, and did you make it yourself?

My favorite pack and shelter are often the last one I designed. But they aren’t always the one I design for production. I’ve designed lots of stuff that never will go into production simply so I can experiment with different fabrics and sewing techniques. Sometimes I design things simply to push the weight down to the absolute minimum.

What was your last longer backpacking trip, and what was your baseweight? Are you trying to get lighter and lighter still, or did you already reach your perfect setup?

My last hike was on the Continental Divide Trail in the Red Desert of Wyoming. My base weight was around 9 pounds, but that included about 3 pounds of video gear.

For me, there’s no such thing as a perfect setup. UL is about compromises. If I’m doing a recreational backpacking trip, what’s import is to select the gear that help to maximize my enjoyment of the experience. Sometimes this may mean going really light. Other times I may pack along a few extra pounds of gear.

I’ll probably be dead and gone when someone can look back and properly answer that question. I do know that none of us thought it would be as big as it is today. I’m simply glad it’s large enough to attract a cadre of UL manufactures that can make a reasonable living and continue pushing the limits on designs.

Ron, I thank you for taking the time to answer my questions, and wish you the best of success with Six Moon Designs!